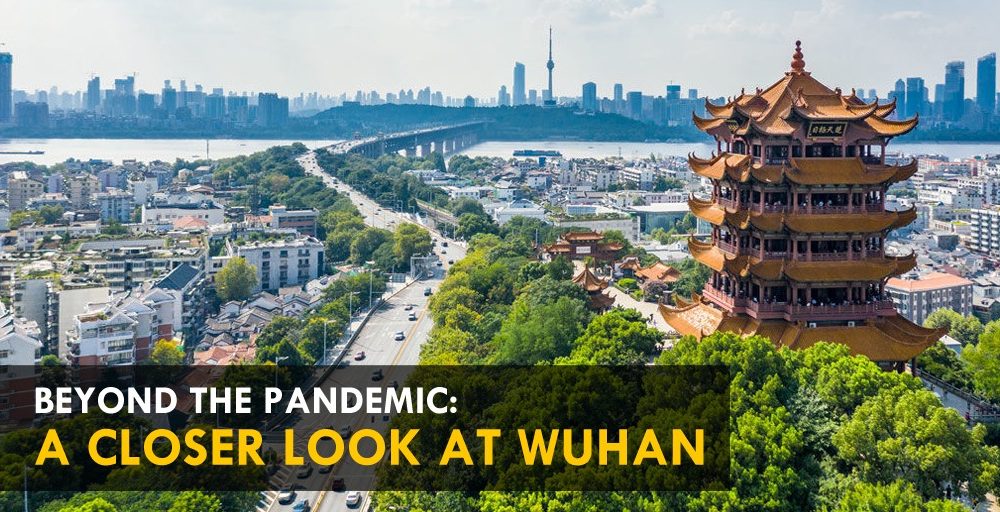 In an effort to “build a kinder and more compassionate world,” the World Kindness Movement observes World Kindness Day on November 13 every year. It is “a day set aside to celebrate and appreciate kindness around the world.”

But how does one define kindness? This pandemic, simple acts of kindness like staying home and wearing a face mask can do a lot in curtailing the spread of the virus. Kindness can also mean getting to know something or someone beyond the general bias toward it—such as Wuhan City in Central China, which people all over the world now only know as the starting point of COVID-19. This World Kindness Day, we offer a different, kinder view of Hubei Province’s capital city.

It was once China’s capital.

From December 1926 to September 1927, Wuhan was the capital of the Kuomintang nationalist government. To create the new capital, China’s nationalist authorities merged the cities of Wuchang, Hankou, and Hanyang, from which Wuhan’s name was derived. However, the city lost its capital status when Chiang Kai-Shek established a new government in Nanjing.

It is directly related to the fall of Chinese monarchy.

The Wuhan Uprising in 1911 ended China’s last imperial dynasty, the Qing Dynasty. The success of the revolution prompted other provinces to follow, and in 1912, 18 more provinces united to form the Republic of China. The abdication of the Qing Dynasty the following month marked the end of the kingdom. 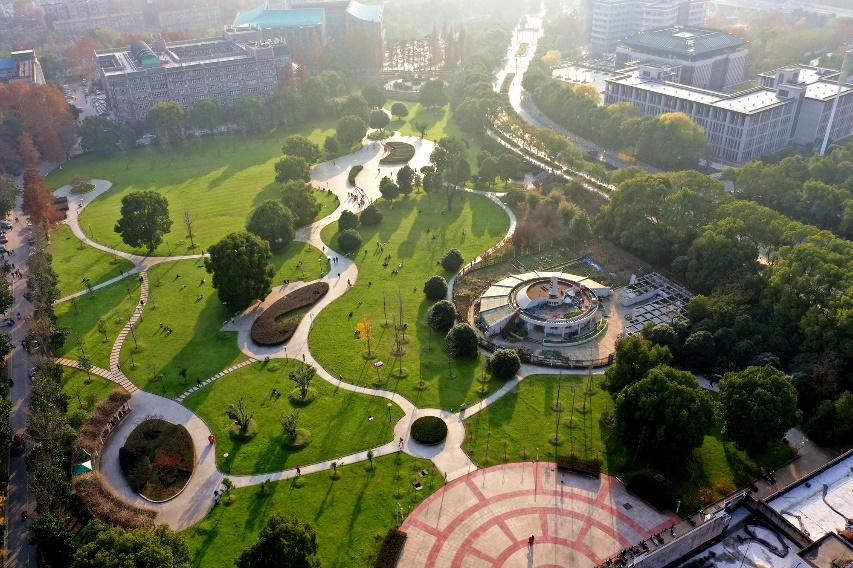 It is one of the world’s largest university towns and is a center for research.

With over one million students in 53 universities, Wuhan is considered one of the largest university towns in the world. It has 4 scientific and technological development parks, over 350 research institutes, and 1,656 high-tech enterprises.

It is referred to as the “Chicago of China.”

Chicago is a hub of transportation, which includes O’Hare, the most globally-connected airport in the US. Wuhan is similar in a sense that it offers transport to almost all parts of China. It is a center for ships and railways, with the Wuhan Railway Hub offering trips to major cities such as Beijing, Shanghai, Harbin, Chongqing, and Guangzhou.

Some theories state that Hua Mulan, the legendary female warrior and well-known “Disney Princess,” lived in the Huangpi District of Wuhan. Some even say that it is her birthplace.

Wuhan is a popular tourist destination with centuries-old attractions full of history, culture and astounding views.

Rebuilt in 1981, the Yellow Crane Tower stands 51.4 meters tall and consists of five floors. Interestingly, it appears the same regardless of the direction it is viewed from. Not only is it one of the most prominent towers in the south of the Yangtze River, it is also the symbol of Wuhan due to its cultural significance.

Built in 1368, Hubu Alley is known as “the First Alley for Chinese Snacks”, and has since been serving traditional Chinese breakfasts, such as hot dry noodles, beef noodles, Chinese doughnuts, and soup dumplings. From the Yellow Crane Tower, it can be reached 20 minutes by foot. 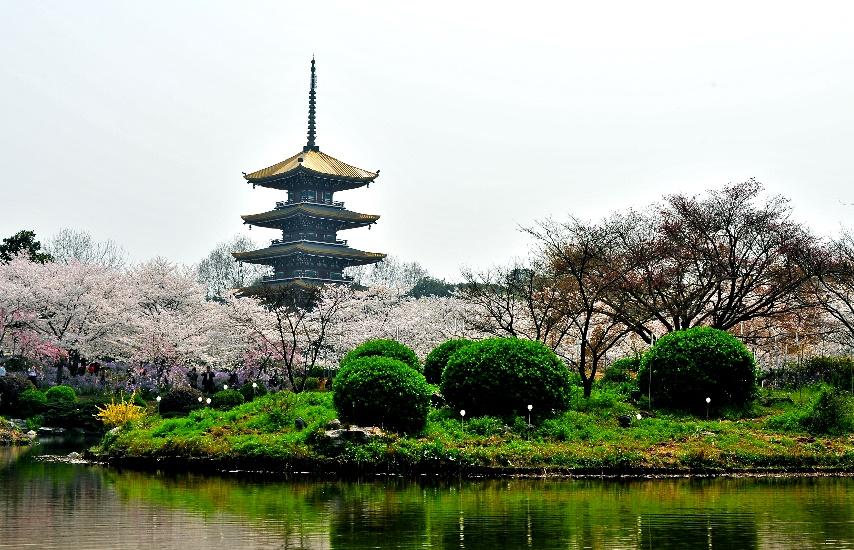 The East Lake can be found on the Yangtze River’s south bank and in Wuchang’s east suburb. Covering an area of 87 square kilometers, it is the largest lake within a Chinese city. The area is “formed from many famous scenic spots along the bank,” and attracts many tourists due to its scenery.

Wuhan’s local food is said to be a mix of the cuisines of Sichuan, Chongqing, and Shanghai, which make it “spicy yet full of flavor.” Here are three of its most famous eats:

This is Wuhan’s most famous dish and the first one that locals will mention. The dish, which is essentially “dry noodles mixed with sesame paste, shallots and spicy seasoning,” is eaten for breakfast and as a snack. 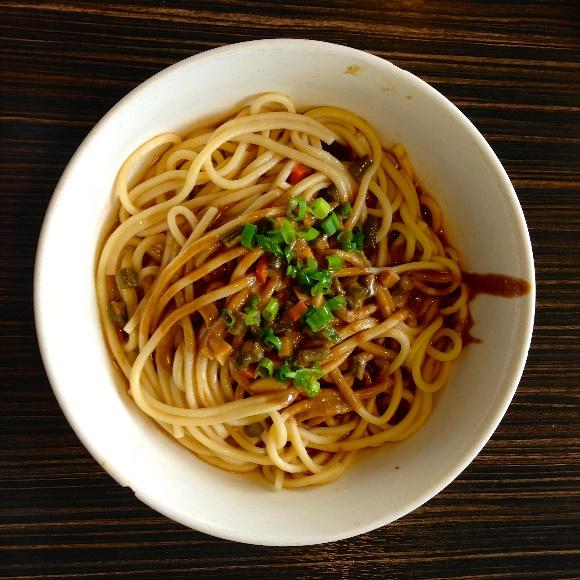 Often sold as a street snack, doupi’s layers are either made of tofu skin or “pancake lookalikes”. Glutinous rice is combined with usually no more than three ingredients chosen from beef, egg, mushrooms, beans, pork, or bamboo shoots stuffed in between the layers. Once everything is assembled, doupi is pan-fried, making it crispy on the outside and soft in the inside.

Though donut-shaped, mianwo is salty—made of rice milk, soybean milk, scallions and salt. 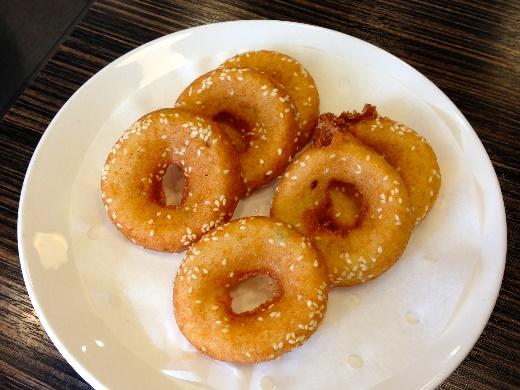 Even with its must-see scenery and mouth-watering dishes, Wuhan, just like any other place, is not perfect.

With a population of around 11 million, Wuhan has the densest population in Central China and is the 9th most populous city in the country. Large crowds, traffic congestions, and long lines are unavoidable in the city.

Before the East Lake became the picturesque spot that it is today, it suffered from soil, water, noise, and air pollution for decades. Wuhan used to be a major manufacturing site, causing the lake’s water quality to be very poor, with outbreaks of blue-green algae and dead fish. However, through the years, its water quality has dramatically improved. Because of this, East Lake is now able to host swimming contests, and serves as one of the best attractions in the city.

In 2019, street protests were carried out in Yangluo of the Xinzhou District by around 10,000 local residents rallying against the construction of the Chenjiachong waste-to-energy plant – an incinerator that the government planned to construct to handle the city’s waste. But the incinerator was said to emit cancer-inducing toxins, and was going to be built only 800 meters away from residences.

The Xinzhou District government tried to calm protesters down by assuring them that their voices will be heard in the decision-making process. However, reports said that government officials and the police went door-to-door to force residents to sign the project’s consent form, threatening them if they refused to do so.

From its cultural and historical prominence to its contributions to technological innovation, there is clearly more to Wuhan than just the coronavirus. Like any other city, it has its strengths and imperfections worth learning about especially during the pandemic and World Kindness Day.

Justina Yang is a Panahon TV intern and is currently finishing her Broadcast Communication degree in the University of the Philippines Diliman.

Homeschooling – Is it for you?

Is there hope for Manila’s Public Transport System?