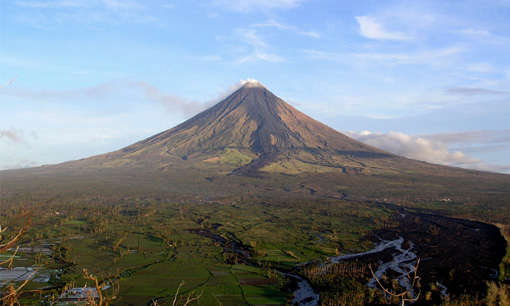 Mayon Volcano’s monitoring network recorded one (1) volcanic earthquake during the past 24-hour observation period. Activity at the summit crater consisted of weak to moderate emission of white steam-laden plumes that crept downslope before drifting west and west-northwest. Sulfur dioxide (SO2) emission was last measured at an average of 80 tonnes/day on 08 March 2021. Ground deformation data from continuous GPS monitoring indicate that the edifice is still inflated relative to July 2019 despite a period of general deflation since July-August 2020, and has been undergoing short-term inflation since November 2020. Deflation of the edifice with short-term inflation of the northwestern slopes since December 2020 has also been recorded by electronic tilt monitoring.