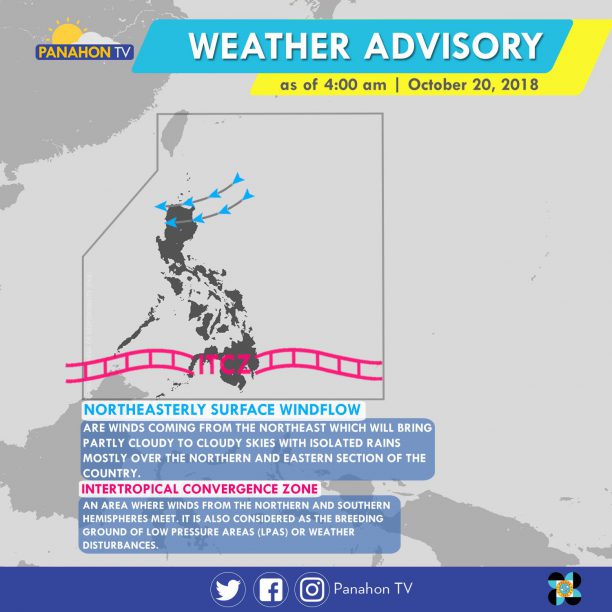 Gale warning is issued over the Northern Seaboard of Northern Luzon due to the strong gale force associated with the Northeasterly Surface Wind Flow. 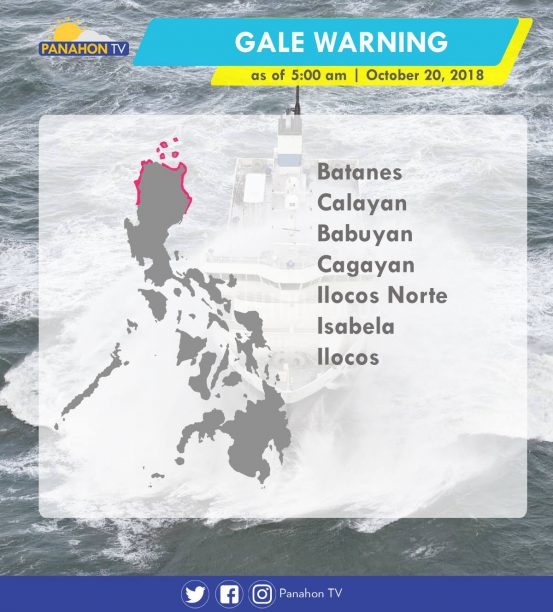 The Northeast Monsoon, the cold and dry air from Siberia, is still affecting Northern Luzon, bringing lights rains to the region.

According to PAGASA, Batanes and the Babuyan Group of Islands will continue to experience cloudy skies with light rains today. Meanwhile, Ilocos Region, Cordillera and the rest of Cagayan Valley will have partly cloudy to cloudy skies with isolated rains.

Easterlies, the warm and humid air from the Pacific, brings generally fair weather in the rest of the archipelago. As Easterlies affect the eastern sections of Central and Southern Luzon, of Visayas and of Mindanao, partly cloudy to cloudy skies will prevail only with isolated rain showers or thunderstorms.

Gale warning is still in effect. The northern and western seaboards of Northern Luzon will experience rough to very rough sea conditions. Fishing boats and other small seacraft are advised not to venture out into the sea, while larger sea vessels are alerted against big waves in Batanes, the Babuyan Group of Islands, Ilocos Sur, the northern coast of Cagayan, as well as the northern and western coast of Ilocos Norte.

Meanwhile, the country will remain storm-free in the next two to three days, PAGASA Weather Forecaster Meno Mendoza said in an interview with Panahon TV.