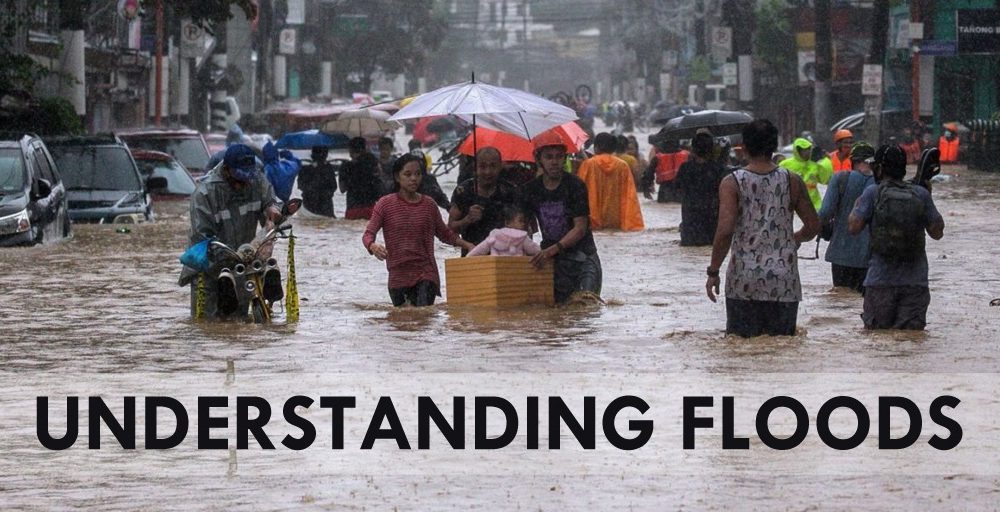 Flooding is a perennial problem in the Philippines, which, according to PAGASA, experiences the greatest number of tropical cyclone visits than anywhere else in the world. With a yearly average of 20 tropical cyclones, the country has its share of major floods, including those from Typhoon Ulysses in November, which caused 67 deaths and agricultural damage worth 16 billion pesos.

But with climate change in the picture, the frequency and effects of disasters continue to rise. According to a report from the United Nations Office for Disaster Risk Reduction, major floods across the globe has doubled in the last 20 years. Among all the climate-related disasters, storms and floods were the most common events. 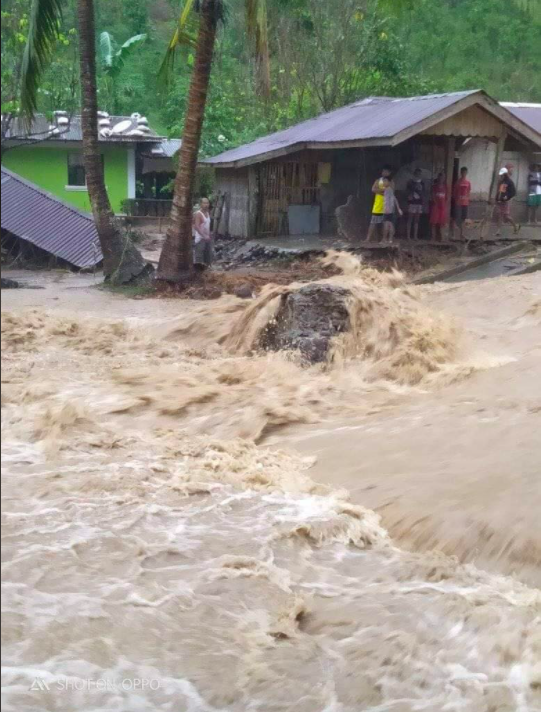 PAGASA Hydrologist Rosalie Pagulayan explains that floods can be classified according to their location and how they occur.

River flooding is caused by the swelling of rivers, also called water basins. “Just like basins, our rivers have limited carrying capacities,” she says. “If the water level exceeds these capacities, water overflows and causes floods.”

Meanwhile, flash floods are one of the most dangerous flood types because of how fast they rise. Possibly occurring mere minutes after rainfall, flash floods leave little or no time for residents to prepare. “These usually happen when nearby rivers are too narrow and have limited carrying capacities. Flash floods can carry harmful debris, such as rocks,” says Pagulayan.

Coastal flooding happens in coastal areas, and can be attributed to storm surges caused by tropical cyclones pushing water toward the shore. Tsunami, produced by offshore earthquakes, may also generate coastal flooding and even more devastating impacts.

Though technically, landslides are not a flood type, Pagulayan feels compelled to mention them as a significant impact of strong rainfall. “When there’s excessive rain in mountainous areas, water saturates soil and loosens it, which may lead to landslides. The steeper the slope, the faster loose soil can roll down and create devastation.” 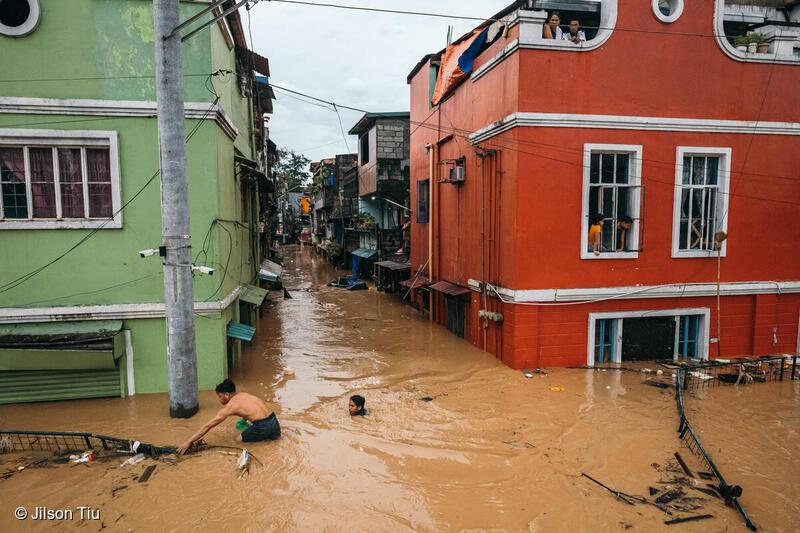 Rains are the primary cause of floods, but the flood intensity depends on numerous factors such as the affected area’s landscape and its river’s carrying capacity. “Another factor is the siltation in rivers. These sediments may lessen our rivers’ capacity to carry water, which is why the Department of Public Works and Highways carries out desilting operations.” When river protection structures such as dikes break, this leads to the sudden rush of water which creates floods. Tidal patterns also induce floods, especially in low-lying areas like Malabon and Navotas.

But a major flood contributor unrelated to meteorology is human intervention, which is a “very glaring factor” according to Pagulayan. “It’s basic science. Canopies and good vegetal cover intercept rains, protecting the soil from water saturation and erosion. Now we see that the water flowing down from the mountains are heavily silted, which means there aren’t enough trees to hold in the soil.”

River garbage is also a significant factor. “Typhoon Ondoy in 2009 showed the overwhelming amount of trash in our rivers. Rivers are a major source of our livelihood, and throwing garbage in them makes them a source of devastation.” 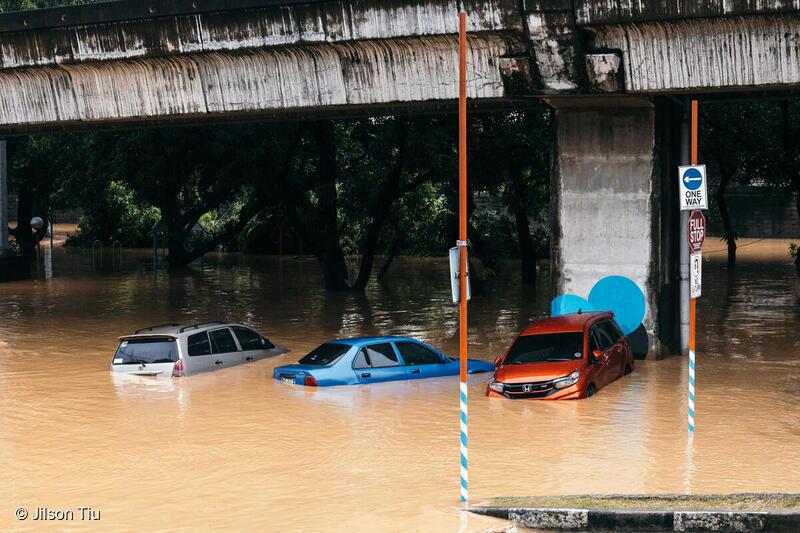 To lessen the possibility of floods in the urban setting, Pagulayan suggests simple measures. “In other countries, they use cement mixed with semi-permeable asphalt so the soil underneath can absorb some of the rain. Other LGUs (local government units) put bricks on walkways instead of cementing them. I think little things like these can make a big difference in the long run.”

As for Filipinos building residences and structures near rivers, Pagulayan states, “We actually have a law that addresses this. The Water Code of the Philippines provides guidelines on how far away structures should be built from bodies of water. In urban areas, easement should be more or less 3 meters. In agricultural areas, it is 20 meters, while forest areas should have an easement of 40 meters.”

To manage coastal areas, Pagulayan emphasizes the importance of mangroves, which protect against storm surges. “Mangroves also facilitate fish development. When there are plenty of fish near the shore, our fishermen don’t have to go far.”

Meanwhile, an example of non-structural measures is PAGASA’s early warning system, which aims to translate data into actionable information. “If we foresee a 100-millimeter rainfall, we can’t just release that data to local governments and communities. We have to give them a clear picture of the impact. Instead, we say that the projected flood is knee-deep. This way, people can better understand the situation and prepare for it.”

Aside from conducting education campaigns and public information drives, PAGASA also releases weather forecasts and tropical cyclone warnings, flood bulletins and advisories, hydrological, climatological and farm weather forecasts.  “The structural and non-structural measures should complement each other. Hazard maps highlight danger and safe zones, so people will be aware where to build their homes, and where to seek refuge when they need to evacuate. With all these kinds of information, we hope to reach out to more people,” Pagulayan ends.

The Drowning of Cagayan: Whodunnit?

Watchers of the Atmosphere: Getting to Know Our Weather Forecasters