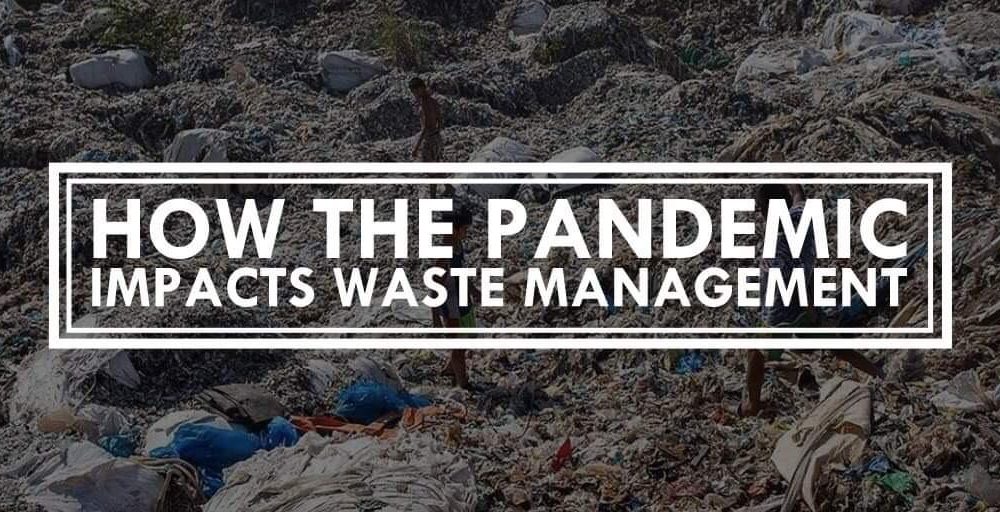 As the country struggles against the pandemic, the solution to combat COVID-19 seems to be the use of plastic and other disposable materials. Jeepneys, tricycles, buses and trains use plastic dividers to promote physical distancing among passengers; and since August 15, The Department of Transportation has mandated the populace to wear—along with face masks—face shields, usually made from plastic, when taking public transportation. Adding to the plastic burden is the deluge of food take outs and merchandise deliveries, deemed the safer option than dining out or going to malls during the pandemic. 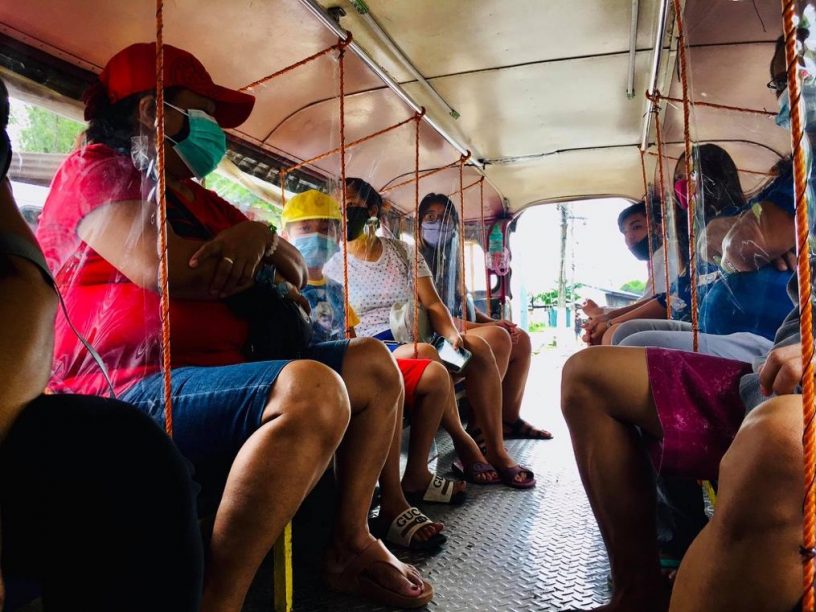 Inside a jeepney in Bulacan (photo by PM Caisip)

But the Philippines isn’t the only country boosting waste production. In Thailand, home deliveries account for the increase of plastic waste from 1,500 tons to 6,300 tons per day. Last February, China ramped up its daily face mask production to a staggering 116 million daily, resulting in hundreds of tons of used masks in public bins each day.

Hospitals are also generating more waste. According to the Asian Development Bank’s data last April, Metro Manila hospitals, which deal with more than half of the country’s COVID-19 cases, were estimated to produce 280 metric tons of medical waste each day. A similar number was reflected last March in Wuhan hospitals, which produced more than 240 tons of daily waste at the height of the outbreak, compared with 40 tons during ordinary times. 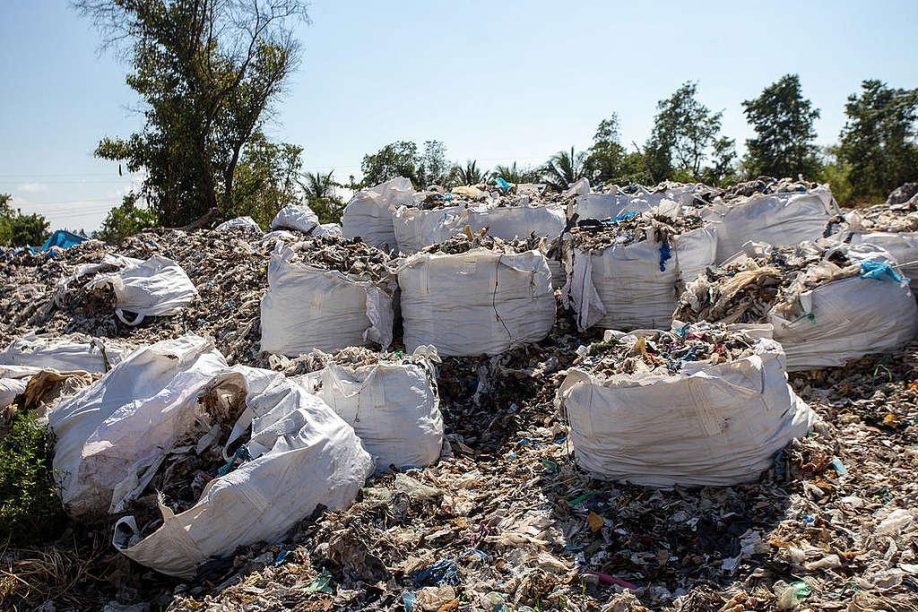 The United Nations Environment Programme (UN Environment) states that even before the COVID-19 pandemic, a million plastic drinking bottles were purchased every minute across the globe. Each year, up to 5 trillion single-use plastic bags are used worldwide, while 8 million tonnes of the world’s plastic end up in the oceans.

Plastic is widely produced and used because they are durable and don’t break down. Ironically, these traits are also the reason why they’re harmful to us and the environment. According to the UN Environment, most plastic items in the oceans are broken down into tiny particles easily swallowed by marine animals—the same animals that humans eat. Plastic has also found its way into our tap water, increasing our risk for ingesting them. By clogging drainages, plastic facilitates breeding grounds for pests, which give rise to vector-borne diseases such as dengue and malaria.

Plastic in the Philippines

According to a 2015 report released by the Ocean Conservancy, the Philippines ranks third among the world’s top plastic polluters of oceans.

But efforts to address rampant plastic use has been shelved due to the pandemic. In fact, the Quezon City government is thinking of suspending its ordinance on banning single-use plastic and disposable materials. But Greenpeace Campaigner Marian Ledesma emphasizes that such move can greatly impact an already ailing environment and population. “Single-use plastic is not inherently safer than reusables as it will cause additional public health concerns once discarded,” she says. “As the government gradually allows businesses to reopen, reusable systems and single-use plastic bans must be implemented to ensure the protection of the environment, workers, and consumers.” 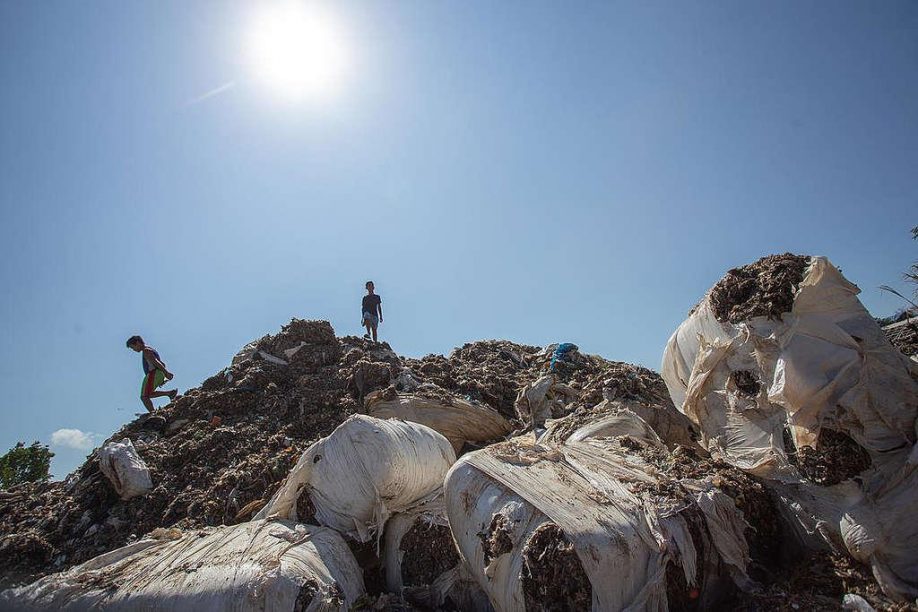 Compounding the nation’s plastic crisis is the illegal waste trade. Since China stopped its waste importation, Southeast Asia has received a deluge of toxic garbage from developed countries. In the last three years, the ASEAN region, notably Malaysia, Philippines and Thailand, saw an astounding 171% growth—equivalent to over 2 million tonnes—in plastic waste imports. Data from Greenpeace Southeast Asia shows that from 4,267 tons in 2017, plastic waste imports to the Philippines rose to 11,761 tons in 2018. Most of these came from Japan, the United States, Taiwan, Indonesia, and Hong Kong.

Last year, the government began shipping back the controversial Canadian garbage, which slipped into the country between 2013 and 2014. The shipments, labeled as recyclable materials, was, in fact, made up of 64% unrecyclable residuals.

But NGO groups such Ecowaste Coalition and Greenpeace Philippines believe that the uncovered shipments show only the tip of the iceberg of waste that actually enters the country. They have been calling for the government to sanction the Basel Ban Amendment, which bans the import of all waste, including those for recycling. “The ratification of the Basel Ban Amendment (BBA) and the enactment of a total ban on waste imports is crucial, especially at a time when the nation grapples with recovery from a global pandemic that has led to the proliferation of medical and household waste,” Greenpeace Country Director Lea Guerrero said. “Lack of prohibitions on waste imports and poor enforcement of existing regulations leave the country open to future incidents of illegal waste trade, which often results in recipient countries shouldering the health and environmental costs of foreign waste.” 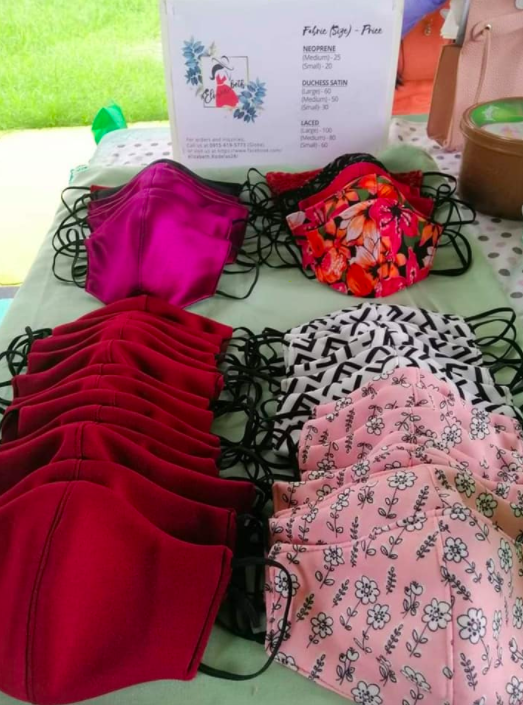 Go for Reusable, Not Disposable

This concern has prompted over 130 global health experts—including scientists, academics, doctors, and authorities on public health and food packaging safety— to sign a statement that assures the public that reusables, when coupled with basic hygiene, are safe during the pandemic. In an interview with Greenpeace Philippines, Dr. Geminn Louis Apostol of the Ateneo School of Medicine and Public Health stated that the pandemic waste has led to widespread environmental contamination, as well as increased public health risk. “Inequitable access to PPE (personal protective equipment) and to information about how to stay safe has contributed to the disproportionate rates of infection in poor and minority communities. If medical masks are prioritized for healthcare workers, the general public can use cloth masks as a safe, cost-effective alternative.”

Though health and safety is a pressing issue during the pandemic, outbreaks have long been linked to environmental degradation. By lessening our waste during these challenging times, we also lessen our risk for sickness. As Dr. Renzo Guinto, a physician and public health expert on health, climate change, and the environment, stated in an interview, “Protecting the public’s health must include maintaining the cleanliness of our home, the Earth. We don’t need to choose one over the other – we can protect ourselves from COVID-19 while protecting the environment.”