Home > Blog > Pinoys off the Map

In the Caribbean Sea, we find Jamaica, an island country popular among tourists. When the Spanish occupied it in the 16th century, they brought African slaves, which explains why majority of present-day Jamaicans are of African descent. Despite its small size, Jamaica’s global influence is considerable, birthing the Rastafari religion and reggae music—a music style that combines Jamaican folk music and American jazz, and rhythm and blues. The country’s capital is Kingston, which, like the Philippines, has a tropical climate and experiences frequent hurricanes (or in our case, typhoons) and earthquakes. In Kingston, we find Frances Alcaraz, a Filipino illustrator of over 25 books for children and adults published in various countries.

Even before I met my husband Stephen, a Canadian diplomat, I’d already enjoyed traveling. But since we got married in 2012, I’ve gotten the chance to not only tour exotic places, but also live in them.

In our first three years as a married couple, we resided in Sudan in North-East Africa. Three years later, we packed our bags and lived in Athens in Greece, where I gave birth to our daughter Rita. In 2018, we flew to Jamaica to live in Kingston.

The first time my husband and I got here, we exchanged looks, thinking the same thing: Jamaica and the Philippines are nearly interchangeable. It’s a tropical country with lots of beaches. People walk around in casual clothes and flip-flops. The Jamaicans are big on Christianity, so they devote their Sundays to church and family. Even the mangoes remind me of home, their taste and appearance similar to ours. The only difference is that Jamaicans don’t eat green mangoes. The first time I mentioned it to them, they found it weird. Because Jamaica is close to the U.S. and Canada, locals often go abroad to work—just like overseas Filipinos. 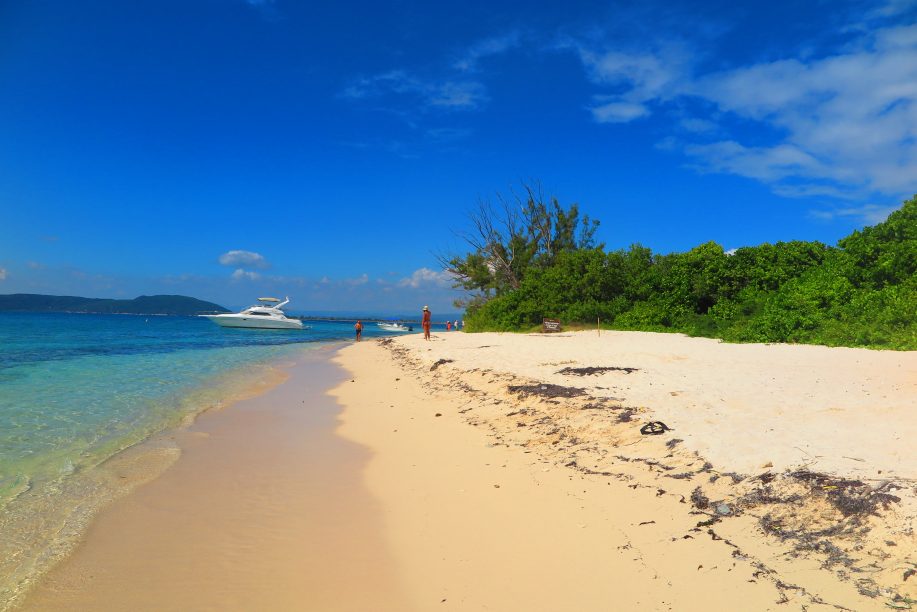 Because it’s a tourist destination, living in Jamaica is expensive, unlike in Manila. But similar to Manila, traffic can get really bad. Driving Rita to school usually takes 30 minutes, but with the killer combo of rain and rush hour, it could take us as long as two hours to get there.

But because it’s a small country, all the beaches and mountains are a driving distance from Kingston—about 3 hours at the most. You don’t need to take a plane or a boat to visit the more remote areas. The malls here are not huge, because people would rather visit the beach. The good thing here is that though Kingston is a concrete jungle, outside of it are pockets of paradise. The government makes it a point to not over-develop the tourist spots so they retain their natural charm.

You know when you watch movies with Jamaican characters who always say Ya mon? Well, it’s really the Jamaicans’ go-to expression! Everyone here says it, no matter their social status. It’s their equivalent of “okay” or “no problem”. From this alone, you can tell the Jamaicans are pretty chill. They have no boundaries. When you knock on their door, they welcome you right away. But what I had to adjust to is their directness. In general, we Pinoys don’t like to offend others, but Jamaicans like to speak their minds. At first, I found this behavior aggressive, but I’ve learned to be just as frank.

If you’re a foreigner in the Philippines, you can get by without having to learn the language because almost everyone speaks English. It’s the same way here. The first time I heard the local language Patois, I thought it was just heavily-accented English. But it’s a unique language on its own.

Despite their openness to foreigners, Jamaicans have strong national pride. They’re proud of their culture. You can see the Jamaican flag and its colors everywhere—on their beaches and even on their beach towels!

During the first wave of the pandemic, we would get around 55 fresh cases a day. Then we closed our borders, and for some weeks, there were zero cases. A few months ago, we re-opened borders, and the cases began to climb again. The virus usually enters through Jamaicans returning from other countries. Because they’re very sociable like Pinoys, they meet up with relatives and hold big parties. So the government is much stricter now. Face masks are required, and there’s a curfew again.

Port Royal was the famous headquarters of pirates back in the 17th century.

Aside from being a freelance illustrator, I used to teach Writing and Illustrating for Children at the Ateneo de Manila University. Ideally, I can do my illustrating gigs from anywhere in the world. But Rita is only 4 years old, and for now, she takes priority. Even if Jamaicans often hire nannies, I’ve decided not to. Sometimes I get so exhausted that I’m tempted to hire a nanny. But since I can afford put aside my career, I’m Rita’s primary caregiver.

This year, Rita was supposed to spend half-days in school, leaving me to fix my art portfolio. But then the pandemic hit and she’s home all the time. It’s hard when she has no one play with. When she complains about being bored, I craft toys for her.

In 2016, I finished my passion project— illustrating and self-publishing a coloring book with fairy-tale characters. I began a second one, but it was put on hold because I had Rita. The last children’s book I illustrated was in 2017. Now I’m taking illustrating courses to refresh my skills. 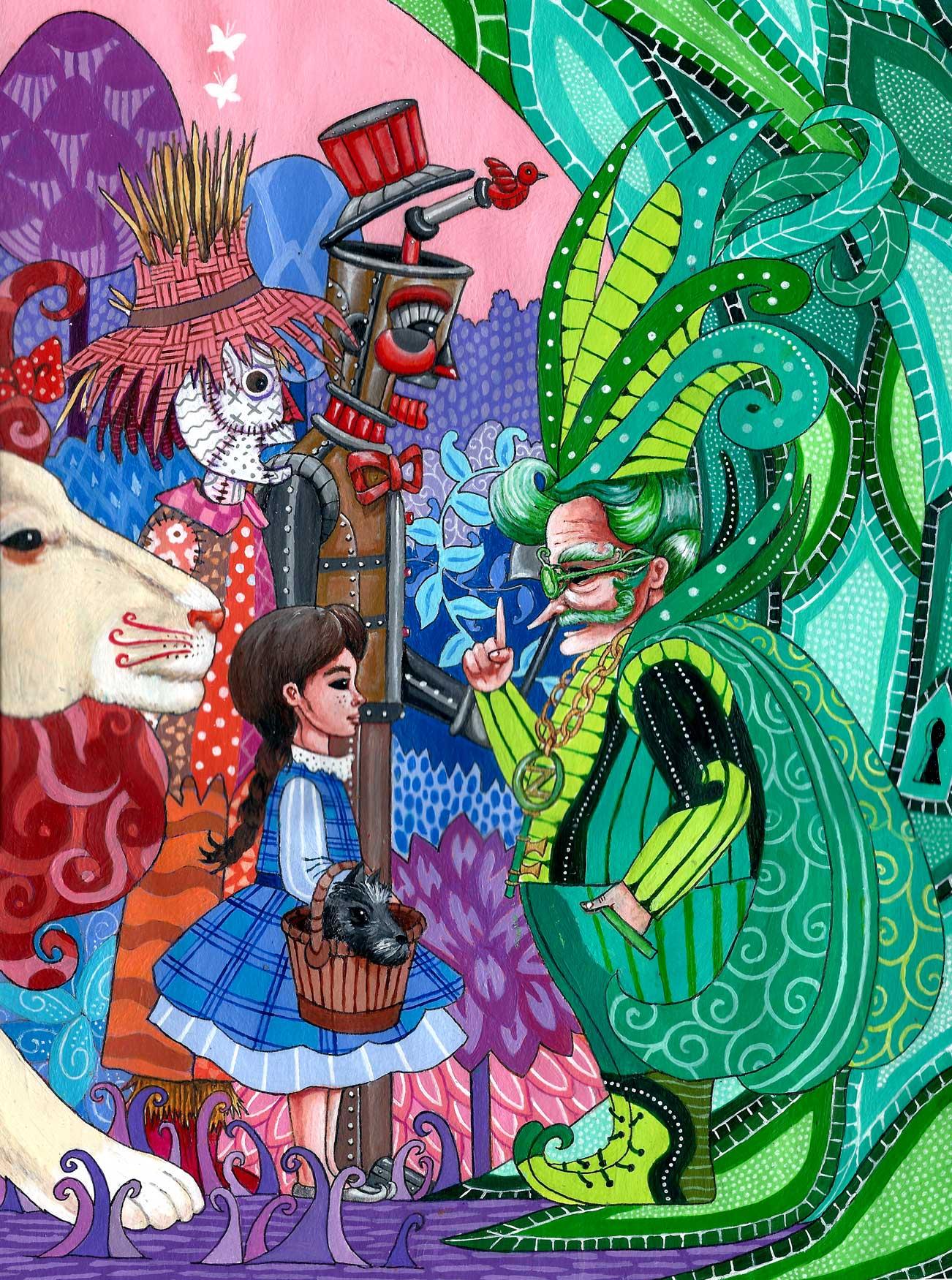 In every country I live in, I make it a goal to hold an exhibit. In both Greece and Canada, I partnered with the Philippine Embassy to showcase my paintings of Philippine mythical creatures. This year, I was hoping to do a visual retelling of Florante and Laura, but because of the pandemic, I’d have to postpone it. I’m not really a big fan of painting, but I do it so my skills won’t get rusty.

Eventually, my dream is to illustrate for big publishing companies in New York and Canada. But in the meantime, I’m trying to get back into the groove of my art.

Frances and Stephen by the pyramids in Meroë, Sudan

Living out of a Suitcase

Because of Stephen’s work, I’ve learned to adjust wherever I am. There’s no perfect place. Sometimes, I fall in love with a place; sometimes I don’t—and that’s totally fine. I’ve learned to manage expectations. In Sudan, I learned to cook. In Greece, I learned to be a mother. And now that I’m in Jamaica, I continue learning skills and more things about myself. Every now and then, we take breaks and travel to learn more about the country we temporarily call home.

It’s a hard life and I love it. It’s not for everyone; some people hate packing up and moving every 3 years. But I enjoy traveling and I get bored staying in one country for too long.

Don’t get me wrong—I do miss the Philippines. I miss my family, my friends, and even my hairdresser. I’m looking forward to going back, but I’m also excited to discover new countries and cultures with my family. I want to see more of Asia. I’d like to live in Australia. I’d like to explore even more of Jamaica before we once again pack our bags, leave, and start all over in a new country.

Click here to learn more about Frances Alcaraz’s work as an artist.

Pinoys off the Map: Toulouse, France

Pinoys off the Map: Tsukuba, Japan

Pinoys off the Map: Juneau, Alaska