Last September 10, residents of California cities, particularly San Francisco, Oakland and Berkeley beheld an eerie sight of orange skies. Such was the result of wildfires raging in the US West Coast, their smoke and ash blotting out sunlight and creating the rust-colored haze.

According to the California Department of Forestry and Fire Protection, the wildfires began as early as January, and have already burned down more than 3 million acres in the state. Since the increased fire activity last August 15, there have been 24 deaths and over 4,000 damaged structures. But outside these figures, the wildfires have wreaked havoc in the atmosphere, putting areas under Air Quality Indexes of “very unhealthy” and even “hazardous”, forcing residents to stay indoors.

Even without the wildfires, ambient air pollution is a global problem, causing over 4 million deaths each year. According to the Centre for Research on Energy and Clean Air, pollutants are linked to severe respiratory and heart diseases, and lowers  resistance against airborne viruses, making one vulnerable during the COVID-19 pandemic.

According to the World Health Organization (WHO), these human activities are the major sources of outdoor pollution:

Combustion engines, fossil fuels and industrial activities produce Particulate Matter (PM), which contains sulphate, nitrates, ammonia, sodium chloride, black carbon, mineral dust and water. Most dangerous is PM2.5, which has a diameter of less than 2.5 micrometers.  Because of its tiny size, PM2.5 is easily inhaled, allowing it to penetrate the lungs and blood stream, causing illnesses, which may lead to premature death.

WHO data further states that more than 80% of people living in urban areas that monitor air pollution are exposed to air quality levels that exceed WHO guideline limits. The most affected countries with the greatest toll are in the Western Pacific— and Southeast Asia, which includes the Philippines.

Aerial view of the Pasig River (photo by Enrico Empainado/Greenpeace)

Greenpeace Philippines reported a dramatic improvement in air quality during the enhanced community quarantine (ECQ) in Metro Manila from March 15 to May 15, 2020. With this measure to curtail the spread of COVID-19, most of the National Capital Region’s 2.5 million vehicles were kept off the road, resulting in PM2.5 levels dropping by an astounding 180%.

But this improvement was short-lived.  Since the region shifted to general community quarantine (GCQ) last June 1, smog and pollution levels continue to climb, slowly reverting to the poor air quality experienced before ECQ.

Prior to the lockdown last February, groups such as Greenpeace, Clean Air Asia and the Center for Energy, Ecology and Development (CEED), Health Care without Harm, the Philippine Movement for Climate Justice (PMCJ), and the World Wildlife Fund for Nature (WWF) Philippines had called on the government to overhaul its monitoring and analysis of air pollution data to provide more accurate information. This was in response to the recent 2019 Air Visual report, which placed the Philippines in the 58th spot out of 98 countries.  The groups argued that though the country’s ranking wasn’t high, data still showed that the country’s air quality was getting worse. In 2018, the country’s air pollution level of 17.6 micrograms per cubic meter was well beyond WHO’s safety limit of 10 micrograms per cubic meter. 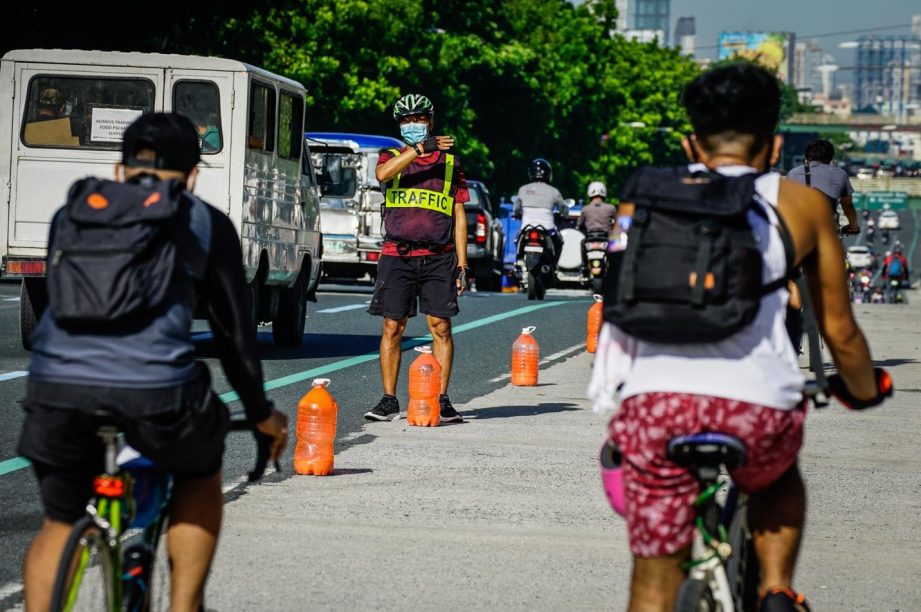 A Greenpeace Philippines report released in February, showed that toxic emissions could cost Filipinos as much as a 1.9% loss in Gross Domestic Product, as well as 27,000 premature deaths. For a clearer picture of the country’s air pollution, the groups urge the government to place monitoring stations near coal-driven power plants and areas of high traffic.

“The Philippine government should see the data as an impetus to overhaul air quality monitoring systems in the country, as well as to transition away from highly polluting facilities such as coal plants. Our safety standards for air pollution haven’t changed since 1999,” said Khevin Yu, campaigner of Greenpeace Philippines. “This situation has allowed industries and facilities to pollute the air we breathe with impunity.”

Meanwhile, Greenpeace campaigner Rhea Jane Pescador-Mallari believes that the ECQ showed Filipinos that healthy, clean air is possible in the metro. “Moving forward, if the government is willing to use the opportunities and lessons learned from the pandemic and amplify it through policies and infrastructure, active mobility and micro mobility, as well as invest in efficient and safe mass public transport, then a return to the massive pollution levels before COVID-19 can be avoided.”

Clean Air for All

The severity of recent global wildfires are fueled by climate change, which brings about soaring temperatures, drier conditions and pest outbreaks that weaken trees.  According to WHO, air pollutants like black carbon and methane contribute to global warming and glacial melt. The Climate and Clean Air Coalition also states that air pollution threatens food and water supply by blocking sunlight, and affecting the movement and intensity of monsoons.

To secure the Filipinos’ health, Greenpeace Philippines advocates for the stricter implementation of the Clean Air Act, and the following measures:

Greenpeace believes that the efforts to solve air pollution are the same ones needed to mitigate the climate crisis. “As epicenters of growth, cities need to provide an environment that puts in high premium the health and wellness of both people and the planet. At the local level, addressing air pollution is a key aspect of making cities livable and sustainable. At the national level, it means addressing the climate crisis while helping build climate-resilient communities,” said Mallari.

The Rise of the Community PanTree

What Are WILD Diseases?