Bikers during the pandemic (Photo by Jire Carreon) 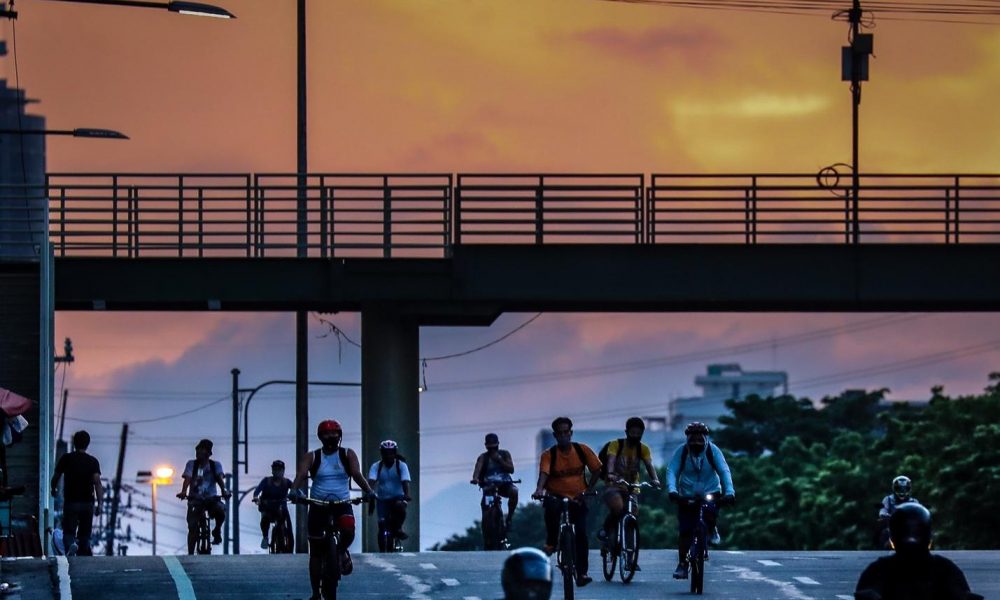 Metro Manila’s first few days under General Community Quarantine (GCQ) saw a deluge of commuters being stranded with no sufficient public transportation. But the urban commuter’s burden has long been an issue even before the pandemic.

Caryn, a resident of Tondo in Manila, recalls a particular incident that stood out in her more than twenty years of commuting. “Once, I was in Pasig when the MRT broke down and we were advised to take the bus across the street. I was so surprised to find out there wasn’t a bus stop. There were no lines—it was a free-for-all kind of thing.  People grabbed the railing and pulled themselves up onto the bus, while the conductor kept yelling for people to hurry up because the traffic enforcers were coming.”

Aloy, who’s been commuting since she was twelve and is now a mom, has a collection of horror commuter’s stories. “Around 2003, I was sitting in a taxi in the middle of traffic, painfully aware that I was missing my friend’s wedding to which I was supposed to be the lector. In 2005, when MRT was getting more crowded, I remember being forced to press against a total stranger—male, as luck would have it. In 2016, I was stuck in one of those triple whammy carmageddon nights of floods, mall sale and payday. I was forced to stay over at a friend’s home until 11 p.m. before I could go home to my family, which included a breastfeeding baby. I think about all the time traffic has stolen from me and my family, and I find it unacceptable.” 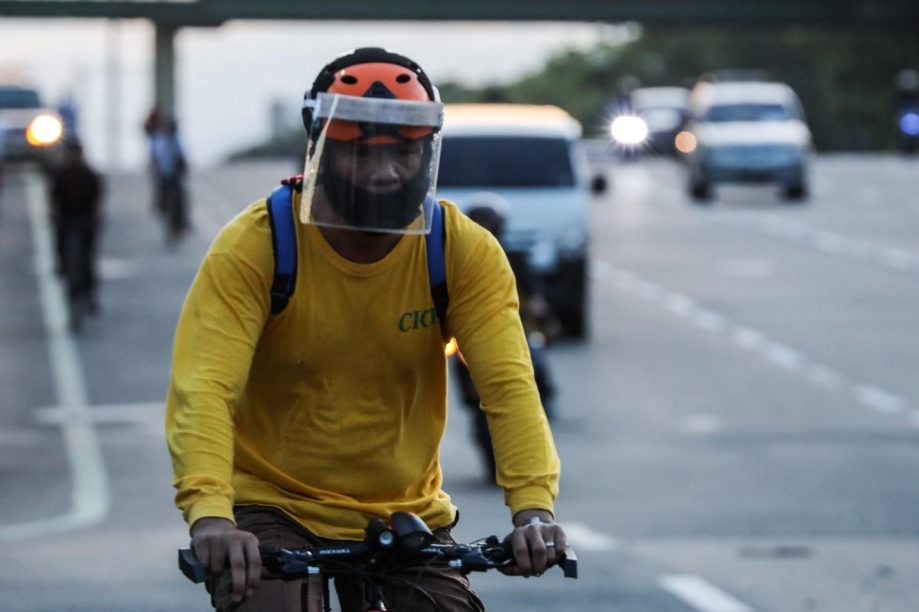 But with the declaration of the Enhanced Community Quarantine (ECQ) two months ago, people were discouraged from leaving their homes and public transportation was banned, resulting in empty roads. With essential businesses such as hospitals, pharmacies and food markets continuing operations, employees and consumers who didn’t own cars rode bicycles or walked.

Danielle Guillen, an urban transport planner and professorial lecturer at the University of the Philippines Diliman’s School of Urban and Regional Planning and Asian Institute of Tourism, makes this observation: “I think the ECQ showed that active transport is doable in Metro Manila if there are few motorized vehicles on the road. The ECQ really brought back the road space for people. Active transport (biking and walking) is only doable if we have enough road spaces that are connected, safe, and green shared with pedestrians and cyclists. Aside from the hard infrastructure that includes people-friendly designs, the soft infrastructure should be there. This means building the culture where motorists respect pedestrians and cyclists like what we see in most developed countries. This would mean embedding prioritizing transport ethics in our educational and motor vehicle registration systems.” 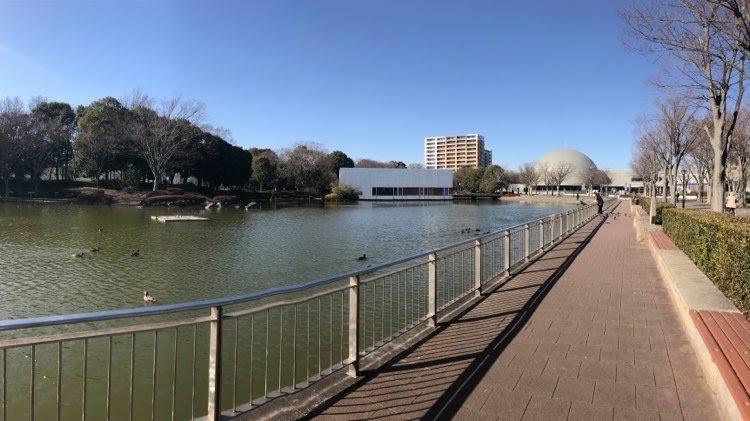 How other countries do it

During the quarantine, biking and walking for most people was a novelty. But in other countries, such forms of active transport have always been the norm.

Caryn, who lived in Japan for more than a decade, shares that Tokyo train stations provide overnight parking lots for bicycles so employees could bike from the station to their offices in the morning. “Active transport is very much integrated into their way of life. Very early on, kids are taught to walk to school. They were allowed to use a bicycle to commute when they were old enough. Some bicycles are fitted with attachments for transporting one to two preschoolers, or have baskets for groceries. The bikes have safety features, and need to be registered at the local ward office.”

For seven years, Aloy lived in the Netherlands, where active transport is the default lifestyle with children learning to bike as early as two years old. “Some families even have different kinds of bikes—the everyday, inexpensive one for daily trips to work, errands or visiting friends; and the fancier, sturdier bikes for long-distance weekend trips. There are cargo bikes for carrying your little ones, and e-bikes for older members whose knees are getting weaker.” Because of this, rush hour in the Netherlands looks a lot different from Manila’s carmageddon. “Rush hour in the Netherlands is a swarm of bikes. Bike infrastructure is everywhere. In any party or gathering, I’m guessing that more than 80% of the people came in bikes.” 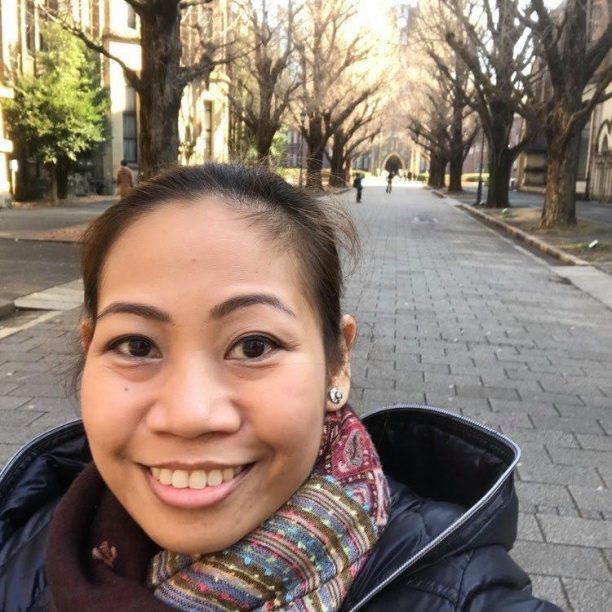 But in both Japan and the Netherlands, bikes are not the only kings of the road. In Japan, non-bikers like Caryn find it a breeze to walk. “Since most sidewalks are wide and clean, walking in Tokyo wasn’t a hardship—even in heels! When we moved to Tsukuba, which is about an hour away from Tokyo on the express train, I usually walked. It takes around 20 minutes for me and my kids to walk to the city center, but the pedestrian and bike paths are clean and very picturesque.”

Aloy shares how the Dutch view walking, not just a means to get somewhere, but also a leisurely social activity. “It helps that there are so many parks. I feel that Dutch cities disincentivize car ownership by keeping roads small, maintaining high taxes on cars, taxis and parking fees, and maintaining bike paths with real barriers and bike stoplights.”

Aside from enabling Filipinos to easily clock in the recommended daily ten thousand steps to maintain good health, active transport also allows commuters greater mobility amid the pandemic. “It is the only means for us to really practice social distancing,” Guillen shares. “Walking is the very first mode of mobility that we could really control. Next is cycling, considered an advanced form of walking. If we have a really good walkway or cycling path infrastructure and space, we can easily estimate if we are two meters away from the others.”

Beyond walking and cycling

Aside from active transport, Guillen acknowledges the need for community public transportation that’s both safe and eco-friendly during the pandemic. “Other forms of public transportation would be busses and trains—as long as the social distancing and related health protocols are enforced. For short-distance trips, single-passenger pedicabs and tricycles are an option. However, it is important to note that the old jeepney does not really meet the public transport utility vehicle design standards. The government’s PUV(Public Utility Vehicle) modernization goal, if I understood it correctly, is to really update in terms of design and make the service meet service-level standards. With the pandemic, design and service should now consider social distancing and related health protocols.”

Even beyond the pandemic, Caryn wishes that the Philippine public transport will be a great equalizer like in Japan. “Train passengers are a mix of teenagers, suited businessmen, mommies pushing baby strollers, kimono-clad old ladies, and women in formal evening wear and fur coats,” recalls Caryn. “There are facilities for the disabled—elevators for wheelchairs, tactile paving, braille signs, and audio announcements (in different languages) for the visually impaired. And I greatly admire the pride instilled in their public transport employees. They all know they are part of an important system that helps the city run. They do their job competently and treat passengers respectfully.”

Aloy describes the Netherlands’ public transport system as a “well-oiled machine. When it falls out of schedule with a delayed train, you can hear the deep, deep disappointment rumbling through the crowd, because they are so used to efficiency. I was once on a train where the conductor apologized over the public system that we were arriving five minutes early at the destination.” 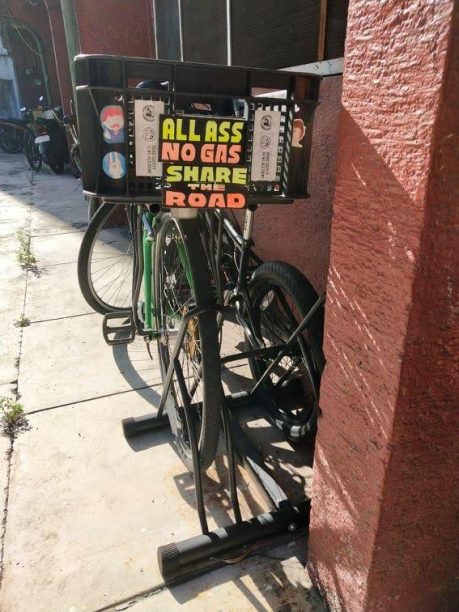 There is no doubt that the surge of private vehicles in Manila’s roads compound traffic. But why are urban Filipinos so car-centric? Guillen explains, “I think this a product of our long history where building highways was prioritized over the rails, as well as the culture that somehow equate car with economic development. Advertisements to market new vehicles could also play a role. Moreover, there is also the sad reality that public transport and options for active mobility are quite limited. To improve the existing public transport system, there should be enough supply during peak hours and off-peak hours. The system should also consider the active transport component of the whole mobility experience.” 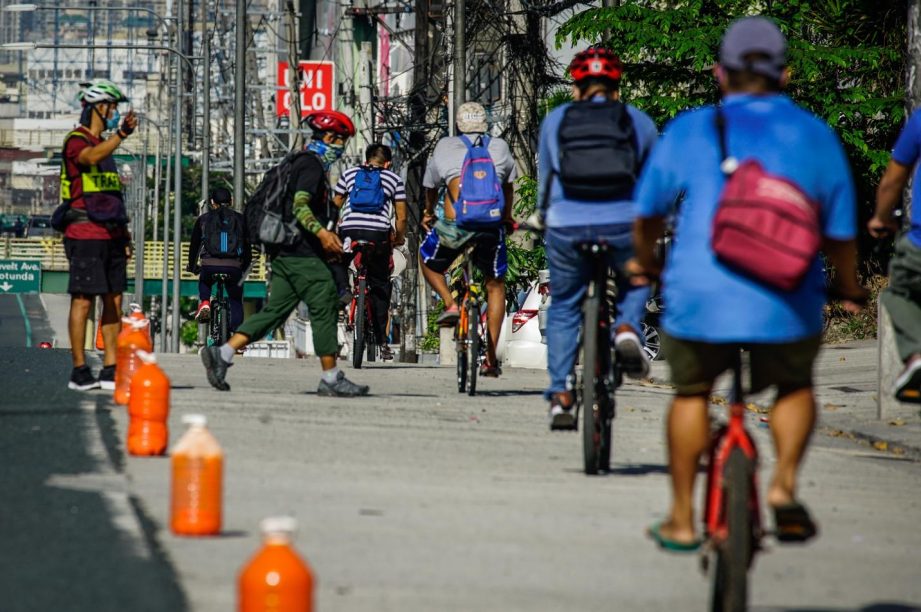 A volunteer assisting bikers during the pandemic (Photo by Jire Carreon)

Aside from proper bus stops that are strictly followed, Caryn hopes for more waiting areas for commuters, including persons with disabilities (PWDs). “Imagine waiting for a bus under the midday heat or while it’s raining! Also, now that more people are using bicycles, bicycle theft has become a big issue. Establishments should provide secure parking racks— and wider, safer, well-lit sidewalks please, with no vendors taking up the space where people ought to pass. Most of all, I wish we would follow through with urban transport plans despite the changes in administration.”

Aloy wishes for a public transport system that allows commuters to enjoy their travel. “I try to imagine what commuting looks like to a 3-year-old— all 95 centimeters— and it must be frightening. As sociable as we Filipinos are, living in Metro Manila has not made it easy to meet up with friends. If I wanted to enjoy an after-work dinner with a small circle of friends, very few would agree to make it. The city and its transport system simply don’t allow for those connections to be nurtured.”

For Guillen, a country’s public transport system reflects the values of its government and its people. “A country with an exemplary public transportation system means it is a country that truly cares, prioritizing people’s inclusive mobility in the overall system. It is a truly democratic country that provides options to its people on choosing one that truly meets the environment, climate change, and health concerns.”