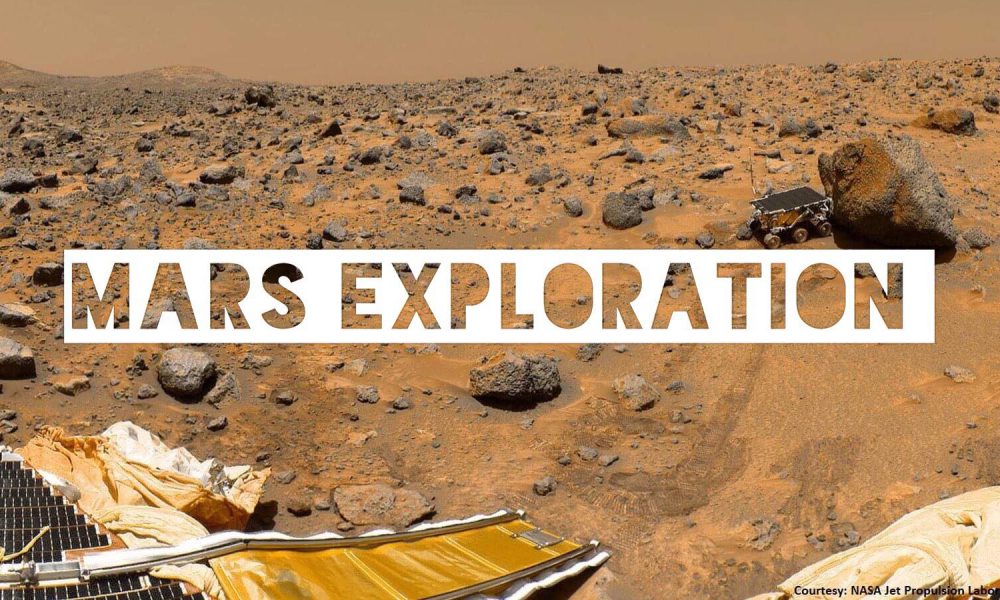 Can We Live on Mars?

Can other planets supporting life? Are we alone in this vast universe? These are some of the questions curious minds are interested in. And it’s this intense kind of curiosity that has led to one of our most ambitious space projects, the Mars Exploration.

Mars is sometimes called the “Red Planet”. It’s red because its surface has iron oxide or rusty particles. Its only half size of Earth and like our planet, Mars has volcanoes, weather, seasons, polar ice caps and canyons. Its thin atmosphere is made of nitrogen, argon and carbon dioxide. These characteristics encouraged scientist to dig deeper into Mars’s history to find out if it once supported life – and maybe able to in the future.

So far, almost 50 spacecraft have visited Mars, but not all of them were successful in landing on its surface or in orbiting around the planet. Mars is the only planet scientists have sent rovers to –. These vehicles drive around the planet to take photos and measurements.

Scientists begun to send probes to the red planet in 1960. But Mars Exploration Program funded and led by the National Aeronautics and Space Administration (NASA), officially begun in 1994. The first six spacecraft all failed to reach Mars orbit.

Mariner 4 was the first successful flyby attempt that entered the planet’s orbit, arriving on July 14, 1965. This mission provided the first close up images of the planet.

The most recent successful landing on Mars happened just last November 2018. The Interior Exploration using Seismic Investigations, Geodesy and Heat Transport (InSight), is a robotic lander designed to study the deep interior of the planet and to listen to Marsquakes.

The Possibilities of Mars

Scientist are exploring Mars to determine if life ever arose on Mars, to characterize its climate and geology; and ultimately, to prepare for the human exploration of Mars. The Mars Exploration Program is a science driven program that seeks to understand whether Mars was, is, or can be, a habitable world.

Terraforming is the primary ingredient of the concept of Mars – colonization. This is a speculative course of alteration of the conditions of the planet to make it habitable for lives that are existing on Earth without any life supporting system.

In order to make Mars a habitable planet, Bruce Jakosky, a planetary scientist and principal investigator for NASA’s Atmosphere and Volatile Evolution and Christopher Edwards an assistant professor for planetary science, said that by using greenhouse gases that already present on Mars, we could, theoretically, raise temperature and change the atmosphere enough to make Mars an Earth – like.

Mars has exactly opposite problem as Earth. Mars as we all know is a cold planet, in fact the current climate on Mars is at average of about minus 81 degrees Fahrenheit (– 62.78°C), though the temperature can vary wildly. That is why scientists want to make Mars hotter and thicken its atmosphere, so its polar ice caps can melt. Considering more water means more opportunities for microbial life to do its work.

The idea of using microbes to begin a terraforming project on Mars is so encouraging that NASA has already begun initial tests. The Mars Ecopoiesis Test Bed is proposed for development to be included with future robotic mission to Mars. This is something look like a drill with hollow chamber inside with container full of cyanobacteria. The drill would bury itself in the Martian soil, preferably in a place with the presence of liquid water and then the container with cyanobacteria would be release into the chamber and the built – in biosensor would detect whether the microbial life produce any oxygen or other bvproducts.

The first phase of this project was conducted in a simulated Martian environment here on Earth, and the results were promising. But even still, there are some major challenges we’ll have to face if ever we want to use microbially terraform Mars on a large-scale.

We are clearly excited about what the future may bring. Pushing ahead, trying to understand what Mars may have for us. Uncertain of what the outcome may be, but McKay once said, “Life may not be scientifically preferred explanation, but it cannot be yet disproven”.

By: May Dacula, PanahonTV Intern

WHICH PART OF THE WORLD CELEBRATES NEW YEAR FIRST?