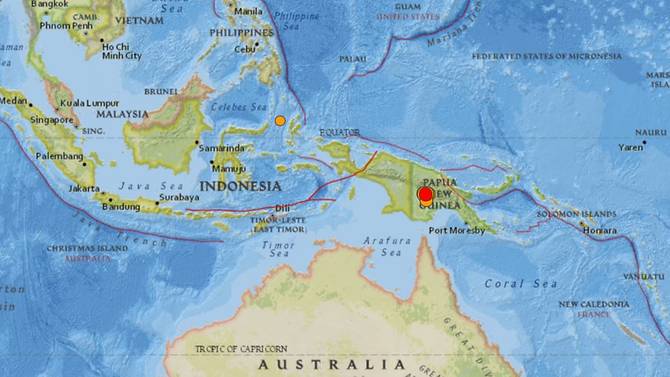 A 6.7-magnitude earthquake struck Papua New Guinea on Wednesday, a week after a major quake killed at least 67 people.

It was the strongest aftershock yet to hit the Pacific nation’s mountainous interior, where a state of emergency has been declared as rescue workers struggle to reach cut-off villages following the 7.5-magnitude quake on Feb 26.

The latest earthquake, recorded just after midnight early on Wednesday (1400 GMT Tuesday), hit at a depth of 33 kilometres, according to the US Geological Survey.

At least 5 killed in US Northeast storm

2017 one of the hottest years on record

In Fiji, villages need to move due to climate change