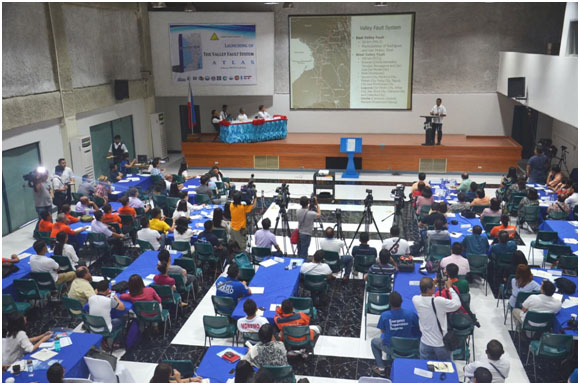 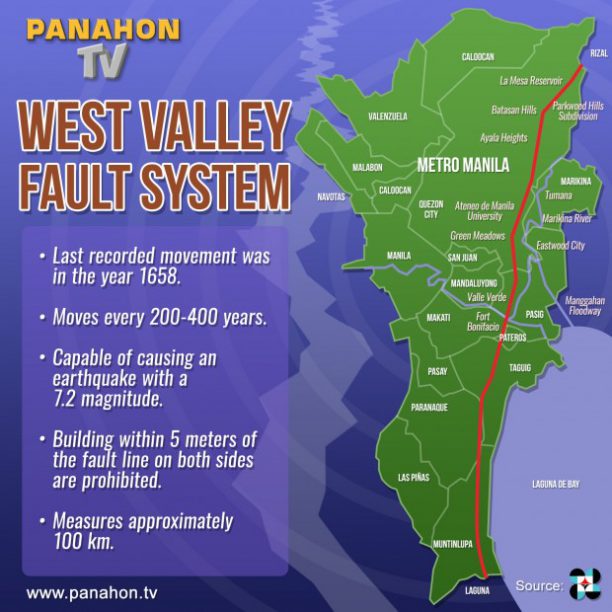 On May 18, 2015, the Philippine Institute of Volcanology and Seismology (PHIVOLCS) launched Atlas, the detailed map of the active faults traversing the Greater Metro Manila Area (GMMA) and nearby provinces. This handbook with 33 map sheets was also distributed to city planners and local government officials from cities and towns crossed by the Valley Fault System (VFS) to help them draft more comprehensive emergency plans and proper zoning ordinances.

VFS includes the West and the East Valley Faults. The West Valley Fault is approximately 100 kilometers long and can generate a 7.2 magnitude quake in densely populated cities. This is as catastrophic as the quakes that shook Nepal just a month ago and Bohol in 2013.

The West Valley Fault spans from Bulacan to Cavite. According to studies, it moved four times in the last 1,400 years with an interval of 200 to 400 years. Its last recorded earthquake was in 1658 or 357 years ago, making its next movement possible in this lifetime. And if this happens, over 34,000 people may perish, 100,000 people may be injured, and an additional 18,000 lives will be at risk due to fire incidents. With a projection of P2.3 trillion cost of damage, it is indeed the greatest threat that can paralyze not only our capital city, but also the entire nation. 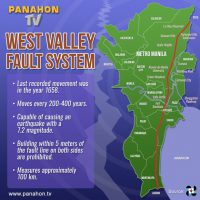 Meanwhile, the East Valley Fault, which transects the municipalities of Rodriguez and San Mateo in Rizal Province, can generate a jolting 6.2 quake.

Metro Manila was divided into 22 scale maps and uses 1:5,000. On the other hand, Laguna and Cavite with 10 map sheets use 1:10,000, while Bulacan with one map sheet uses 1:50,000. These maps pinpoint the location of active faults, fissures, and the overlapping of both, whether or not they are covered by man-made or natural obstructions.

The atlas can be viewed and downloaded from the official website of PHIVOLCS.

Rising from the Rubble: An Earthquake Survivor’s Story