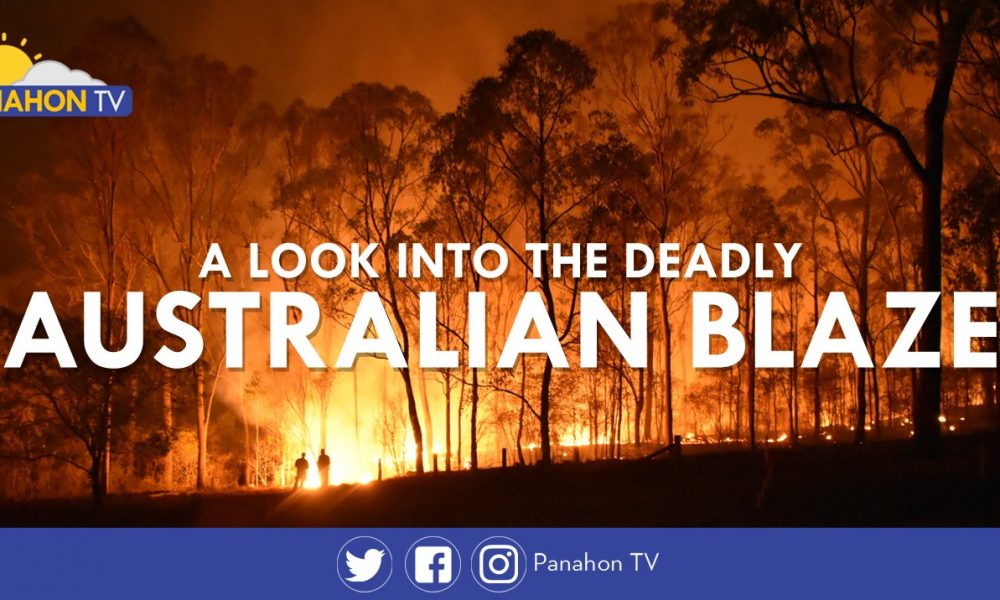 A few months away from the start of a new decade, a wildfire started to raze the
northern part of Australia in September 2019.  Today, it is now considered as one of
the most destructive bushfires that has ever hit Australia with more than 20 related
deaths and 1,300 houses destroyed, mainly in New South Wales.

Why do bushfires occur?
Summer in Australia is also known as fire season, which is associated with hot and
dry weather making it easier for blazes to start and spread.
There are different reasons why bushfires occur. Natural causes happen when
lightning strikes drought-affected forests. Another reason may be arson, which is
manmade.

In Australia’s case, strong winds made the fires and smoke spread rapidly. The
Climate Council stated that climate change has worsened the impact and intensity of
natural disasters, as in the case of Australia’s bushfires.

As of January 6, 2020, more than 5.9 million hectares have been burned across
Australia’s six states. The worst affected state is New South Wales with 3.6 million
hectares burned.

It also brought massive destruction in Australia’s wildlife and environment.
According to Federal Environment Minister Sussan Ley, a third of the koalas’
population in New South Wales have been killed in their habitat due to the fires.

The Difference between Wildfire and Bushfires
While a bushfire is a large fire in vegetation dominated by shrubs like grasses and
herbs, a wildfire is a rapidly-spreading fire occurring in a wild land area or
unoccupied land.

Wildfires in the Philippines
One of the notable wildfire incidents that struck the Philippines happened during
the hot and humid day of March 26, 2016. The fire was believed to have been caused
by a campfire setup by local tourists in Mount Apo in Davao City. The fire lasted for
weeks until April. Because of this, Mt. Apo was off-limits for months to allow its
vegetation to regenerate.

The Department of Environment and Natural Resources (DENR) and local
authorities saw this as an opportunity to strengthen the protection of the natural
state of Mt. Apo.

Another incident is the Mt. Pulag fire last January 20, 2018. Seven hikers caused a
grass fire that damaged about 6 hectares of the protected national park in Benguet.
According to DENR Secretary Roy Cimatu, the fire might have been set accidentally
with the wind helping spread the fire.

The acting legal head of DENR Cordillera, Rainier Laita, stated that the estimated
cost of the Mt. Pulag fire is P2.3 million. In compliance with the Forest Code of the
Philippines, the person who started the fire and allowed it to spread should pay 8
times the cost, and be imprisoned for less than 6 years.

These two notable wildfire incidents in the Philippines are both manmade. Although
the protected areas may regenerate in time, these incidents still brought massive
destruction to the preserved spots in the country—permanent damage that can be
prevented. These prove that neglect and irresponsible behavior could cause massive
environmental degradation.

VOLCANIC ERUPTIONS WITHIN THE PACIFIC RING OF FIRE