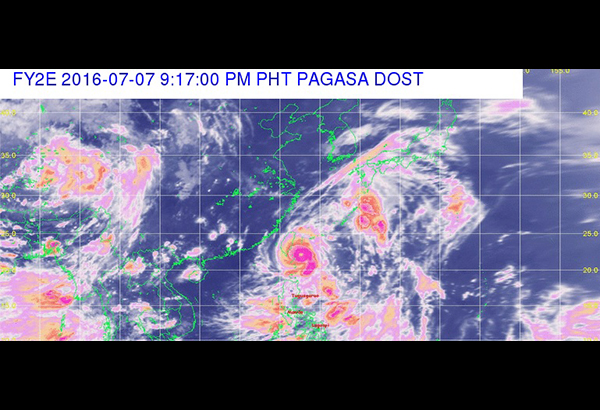 Batanes was placed under storm surge signal No. 2, while signal No. 1 was raised over the Babuyan group of islands, according to a 5 p.m. weather bulletin issued by the Philippine Atmospheric and Geophysical Services Administration (PAGASA).

The weather bureau said areas under signal No. 2 could experience sea waves as high as 4.1 to 14 meters, as it warned residents in coastal areas of a possible storm surge.

“Batanes will experience stormy weather while rains with gusty winds are expected over the Babuyan group of islands,” it said.

“Monsoon rains will be experienced over the provinces of Cavite, Batangas, Zambales, Bataan, Occidental Mindoro and the island of Panay while occasional rains will prevail over Metro Manila, the rest of Luzon and the Visayas, and Zamboanga peninsula,” PAGASA said.

As of 4 p.m. yesterday, Butchoy was estimated to be at 160 kilometers east northeast of Itbayat, Batanes, with maximum sustained winds of 205 kilometers per hour near the center and gustiness of up to 240 kph.