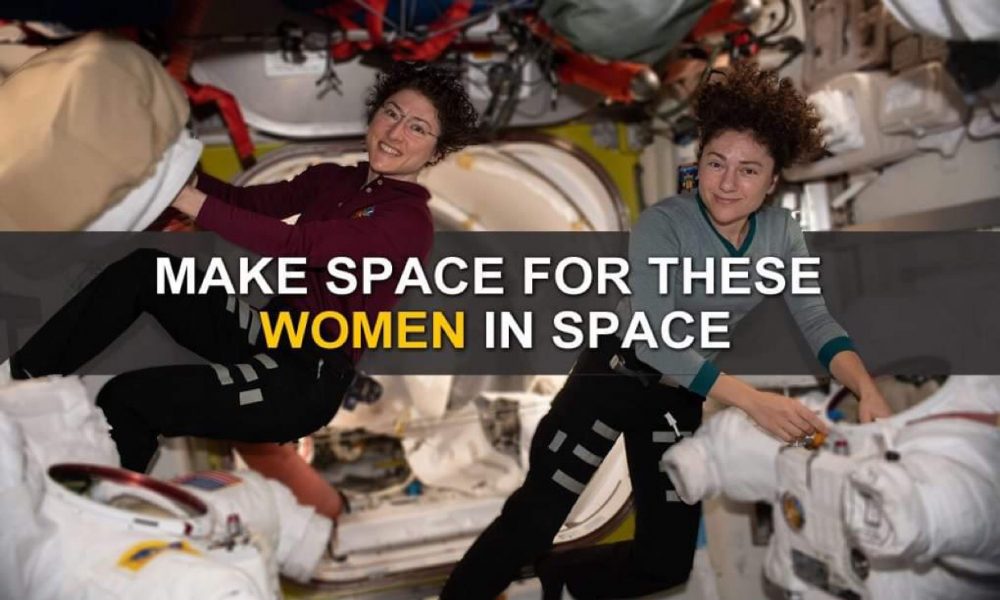 Space is no longer something unreachable for us humans. In our everyday lives, we use space technology more often than we think. As Chargé d’Affaires Heather Variava of the US Embassy said during World Space Week, “Every time we check the weather or consult Apple Maps, you’re using active satellite data. When you take a selfie, board a train, connect your Wi-Fi or drink filtered water, you’re using technology originally developed for astronauts. Cooperation on space technology and exploration can vastly improve communication, weather monitoring, and navigation capabilities.”

Every year since 1999, World Space Week is celebrated from October 4 to 10. These dates commemorate two significant space events. First is the launching of Sputnik 1, the first artificial Earth satellite on October 4, 1957. Second is the signing of the Outer Space Treaty on October 10, 1967. The treaty prohibits mass destruction weapons and military presence in outer space, aiming to promote peace beyond our planet.

The theme for this year’s World Space Week is “Women in Space”. This gives tribute to gender equality in the space industry, and resolving women’s issues in space-themed jobs. According to Variava, this is related to encouraging young women in pursuing careers in STEAM—science, technology, engineering, arts and math. “A STEAM education workforce not only drives economic growth but supports social development,” she said. “Engaging girls early to spark their curiosity in STEAM fields and provide women as role models to mentor students is essential. From improving health to strengthening the pandemic response to combating climate change, women’s participation in health, science, technology and innovation systems is vital.”

The Philippine Space Agency (PhilSA) joined in the global celebration with a webinar entitled Lift Off! Women in Space last October 4. It featured various women currently working in the space sector, taking on the different roles as engineer, astronaut, entrepreneur and researcher. 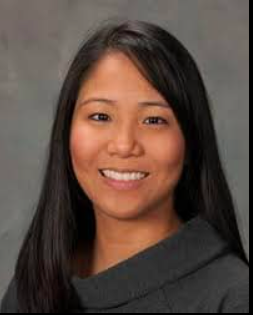 Background: Born in the US to Filipino parents, Jo grew up and studied in the Philippines. She graduated with a Bachelor’s Degree in Electronics and Communications Engineering from the University of the Philippines (UP). She flew back to the States and pursued a master’s degree at South Dakota State University. During this time, she took a summer internship at NASA’s Kennedy Space Center. This marked the beginning of her space career.

Current duties: After 17 years of working at NASA, Jo now handles managers, and is in charge of safety on the rocket processing site.  “My day is filled with lots of discussions—and sometimes hard decisions— because people’s lives are at stake,” she explained. “That means lots of explosives that are on onsite at KSC (Kennedy Space Center) and explosive safety is one of the areas I’m in charge of. When you light up those rockets, that means risk to personnel, risk to important government property, and risk to the general public that’s in the immediate area. And that can be visitors watching the launch or just people who live close by. Range safety is one of those areas I’m in charge of. I have employees who are super smart with math and analysis to make sure we know exactly how much risk we are taking on, and we allow launches only if they are within acceptable levels of  risk. Lots of construction in the center, and construction safety is one of those areas I’m in charge of, too.“

Advice for those who want to follow in her footsteps: Aside from getting into STEAM, Jo stressed the importance of having a mentor. “Find a mentor, someone who’s already involved in STEAM, who inspires you, who’s willing to spend time with you, someone who will be honest and provide you with feedback. Also, look for someone who is not very similar to you because diversity of thought and experiences is very valuable. You know, this could be one or more people, it could be someone from the opposite gender. The aerospace industry is still male-dominated and at least, at NASA but I think it’s getting better every day.” 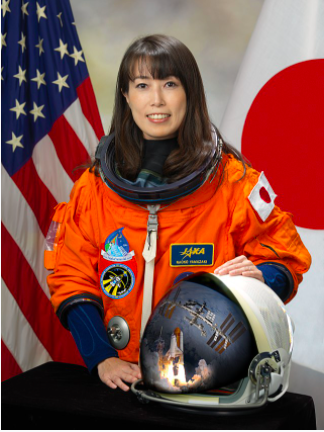 Claim to Fame: Naoko was only the second Japanese woman to fly in space. In 2010, she flew to the International Space Station (ISS) aboard the space shuttle called Discovery.

Because Naoko is dedicated to inspiring the next generation of space explorers, she held a Q & A with Filipino kids during the seminar. Here are some their exchanges:

What do you eat in space?

Naoko: There are more than 300 menus of space food and most of them are freeze dried, so that they can reduce their weight to launch and can be preserved for a long time. But some space food are like curry or stew in a pouch. Or even we have some canned foods and you can have some stuff as well, like chocolates and cookies, so you will enjoy it.

What do you like to do in the space station?

Naoko: I really enjoy watching the Earth from the International Space Station. And of course, microgravity itself is so enjoyable. You can make many somersaults, so I hope you will enjoy microgravity someday in space.

Why do you want to be an astronaut?

Naoko: When I was a small kid, I was so inspired by science fiction movies like Star Wars and Star Trek. And because there were no Japanese astronauts yet at the time, I didn’t think of becoming an astronaut when I was a small kid. But when I was in junior high school, I watched the launch of a space shuttle on TV and I got so excited. And I wanted to be a part of space programs as an engineer. So I became an engineer first and then I applied to an astronaut program in Japan. So I hope space will be more accessible to more people in the future.

Why is it so expensive to bring things to space?

Naoko: Well good question. Because the gravity on the Earth is so strong. When I returned to the Earth from space, I was surprised to see how heavy the gravity is. So to overcome this gravity and bring something to space, it requires so much energy. That’s why spacecraft gets very expensive. 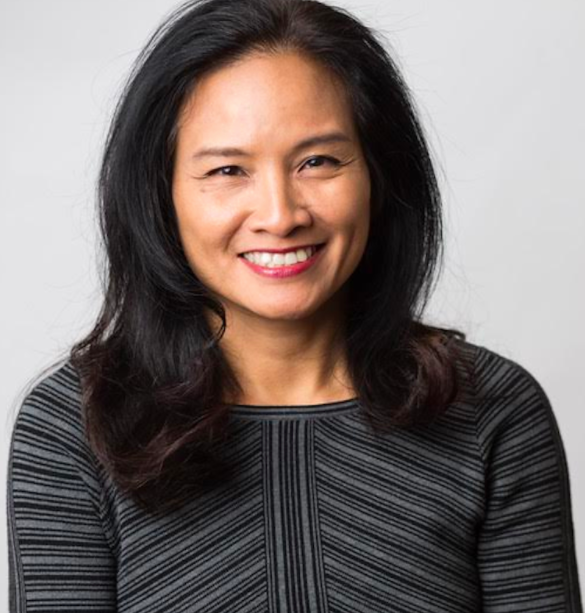 Occupation: CEO and co-founder of SpaceBase. According to the company website, SpaceBase is “a social enterprise focused on democratizing space for everyone by co-creating space ecosystems in emerging countries, starting with New Zealand.”

What her company does: Founded in 2016, SpaceBase focuses on education, entrepreneurship, and collaboration to help startups in their space strategies. “Today, we’re actually running a Space for Planet Earth Challenge. This is a  challenge that’s leveraging space technology to address climate change in particular carbon sequestration and coral health, and it’s for New Zealand and Australia, and then also for the Pacific Islands,” she explained. In short, she helps new companies and local governments to gain access to technical training and investment opportunities in space.

Her background: Emeline graduated from UP Diliman with a physics degree, and finished her master’s in Earth and Space Sciences at York University in Canada. Before putting up SpaceBase, she worked on space-related program development and executive management. “I worked for space startup companies ranging from space tourism to space companies that are working on learner rovers to go to the Moon. I’ve also been working and teaching and doing programs for the International Space University,” she shared.

Four years ago, she and her husband, who’s a rocket scientist, migrated to New Zealand. Through SpaceBase, she began helping the country develop its space industry—an easier task today because of accelerating technologies. “These are, you know, computing, AI and robotics, biotech and nanotech, which then has democratized technology,” she shared. “You know, technology now is smaller, cheaper and it’s off-the-shelf and I think that there’s an inflection point today in the space industry that we’re certainly all experiencing.”

Advice for those who want to follow in her footsteps: “If there’s any Filipino women out there who would want to be involved in the space industry that are thinking that it’s, well, it’s too impossible or it’s just too hard, I really want you to reconsider again because for one, I feel that I’m a living example of somebody that is really mediocre at best, but is actually going somewhere. And if you’re really passionate about what you want to do, definitely just go for it.” 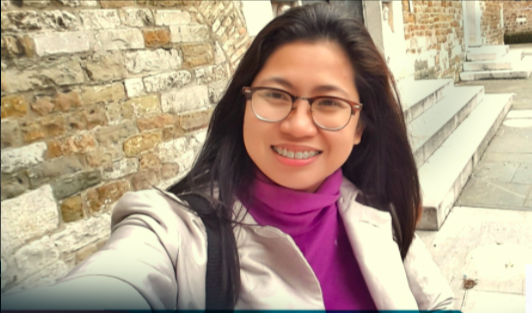 Occupation: Chief Science Research Specialist of the Space Science Missions Bureau. Aside from being the first female division chief of PhilSA, she’s also the Spacecraft Operations Engineer MULA (Multispectral Unit for Land Assessment,), which will be the largest Filipino-made satellite.

What she does: Her work focuses on satellite mission planning and operations. “When satellites are launched into orbit the division which I’m handling in PhilSA, manages the communication and control of the satellites that are already in space,” she said. She also handled the mentioned processes for the country’s first satellites—Diwata 1 and Diwata 2.

Her background: She finished a Bachelor of Science degree in Applied Physics from UP Diliman. Then she took her master’s in the same university. In 2014, her friend urged her to apply for the PHL-Microsat program funded by the DOST. Through this opportunity, she headed the building and launching of the country’s first satellites—Diwata 1 and Diwata 2. “So that’s when I began—that’s when I decided that I want to do this field in the future, that I want to have a career in space. And I began advocating for the many ways to get involved and contribute to the science, engineering, and architecture of the future space missions.”

Advice for those who want to follow in her footsteps: Shielo admitted that growing up, she didn’t have a female role model when it came to engineering.“ So what we have back then in the province are just male engineers going abroad and securing financial stability for the family. So, what I had back then  was our supportive family.”

Because there are lots more to accomplish in the country, Shielo enjoins more Filipino women to join the space industry. “I hope that you will realize that a career in science can be a reality. Feel free to dream and work hard for it. Aim for the stars and if you miss, you might end up on the moon, who knows? I did not have a female scientist [role model]growing up ,but I hope that I can be one for my 1-year-old daughter and for the other girls of this younger generation.”