On the first day of Luzon’s Enhanced Community Quarantine (ECQ) last March 16, the world—or at least this part of the world—seemed to have come to a standstill. No motorcycles roared on the streets, allowing silence to breathe in spaces that had always teemed with noise and activity. Suddenly, staying away from the people dearest to us became a supreme act of love.

Though essential-goods stores such as wet markets, supermarkets, pharmacies, and some eateries remained open, a lot of businesses closed shop to prevent the spread of COVID-19. Even the ever-present media wasn’t spared by the pandemic; some channels put production on hold, and aired only replays.

But despite the health crisis, Ube Media’s Panahon TV—committed to its advocacy of spreading accurate information, not only on the weather, but also on disaster resiliency, climate change, agriculture and most importantly, health—continued to air original content.

How they did it

Executive Producer Donna Lina explained that a plan was mapped out with the team to figure out the most feasible way of operating the studio with the least amount of people. “It helped that we are a show that deals with the weather and DRR (Disaster Risk Reduction), so we’ve always prepared for the worst-case scenario. It would be such a disservice to all of us if we weren’t prepared. Part of our training in Panahon TV is to check outside threats.”

To reduce risks, the show allowed a rotating team of only five people to work in the studio housed in the Quezon City building of the Philippine Atmospheric, Geophysical and. Astronomical Services Administration (PAGASA). While the rest of Panahon TV’s staff worked from home, the studio team included a reporter, producer, cameraman, web administrator, and video editor. Content Head George Gamayo added, “The production staff is fetched and sent to their homes using our media van. The vehicle is disinfected after service. There are weekly schedules for disinfection at the office. The exhaust fan is also turned on during and after disinfection to reduce the risk brought about by aerosols.”

Shooting, especially in the field, is the backbone of socially-oriented TV shows. But because of the ECQ, the team needed to be creative in sourcing videos. Since the ECQ, all interviews have been conducted through video-conferencing platforms, while other footage are crowd-sourced. “We’ve been experimenting with content in the digital and emerging media,” Gamayo explained. “During the ECQ, we developed #LockdownDiaries, a vlog-type segment co-produced with overseas Filipinos sharing their hopeful stories amidst the pandemic. Another one is May Say ang Kids, which shows how children understand the virus and the pandemic.” Both these shows have garnered thousands of views on PanahonTV’s Facebook page—proof that viewers connected with the stories. 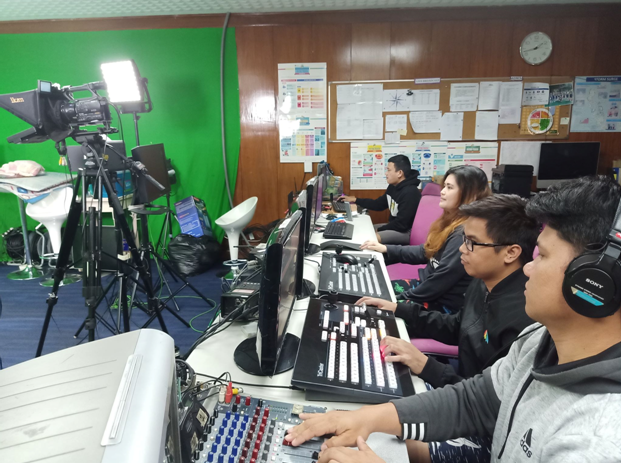 The production team stays in the studio for two weeks before being replaced by new members. Supervising Fatima Caberos shares their routine: “We wake up at 3 am to prepare for the live broadcast. We air at 5 to 6 a.m. on Cignal, then at 6 to 6:30 a.m. on Life TV.  After that, our technical team prepares breakfast while our reporter updates our social media, and our graphic artist sends layouts to mailers and to our (broadsheet) print partners. After eating, we clean the studio and take a quick nap. We have lunch then resume working. Then we air at 6 p.m. on Cignal. We eat dinner, clean up, take a bath and sleep.” 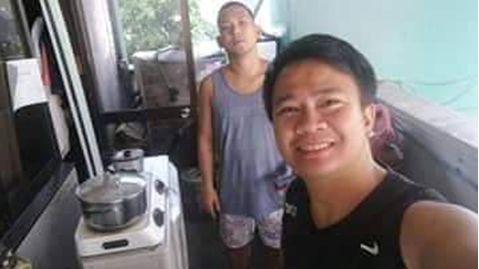 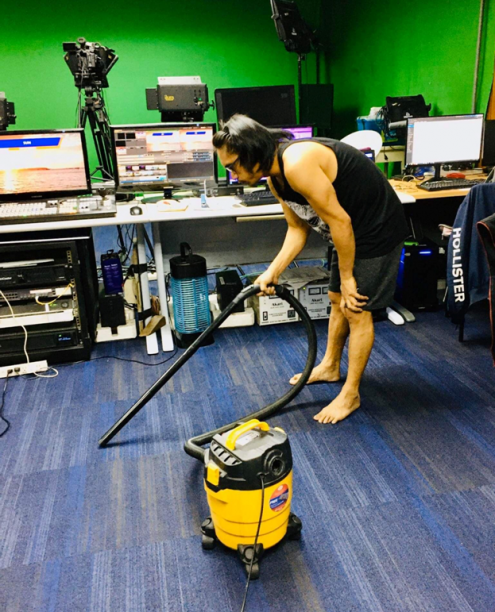 The team sleeps in foldable mats inside the studio. Meanwhile, Lina makes sure they are provided with ample water and food. Usually, Caberos buys groceries with another motorcycle-driving team member. Before entering the studio, they take a quick bath and sanitize the items they bought. To boost their immune system, they take morning walks in the PAGASA parking lot for their dose of Vitamin D. 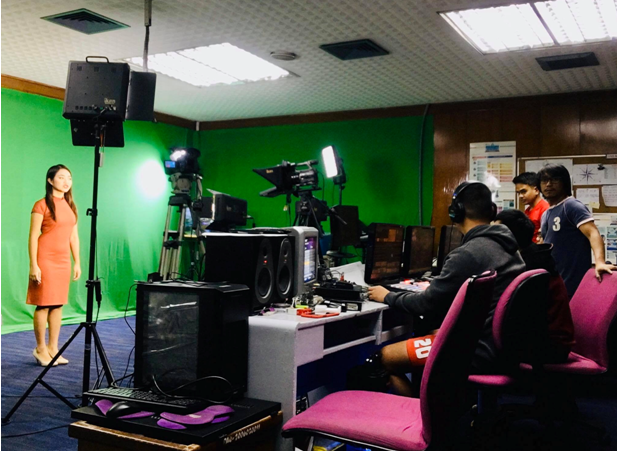 In it for the long haul

Because the pandemic isn’t going away anytime soon, Lina keeps communication lines open to make sure that despite the absence of face-to-face communication, she can check on how her employees are feeling. “Ensuring that people continue to have a positive working environment is something that we strive to have.  This, we do by having regular general assemblies and collaboration. It’s a great deal of teamwork  and doing the ‘homework.’ In Filipino, ‘yung lahat, tulung-tulong.” (Everyone helps out.)

Caberos agrees. “What I learned from this is that sometimes, it’s a matter of sacrifice and showing concern. We’re grateful that we can still earn. I’m very proud of our team because limited resources don’t keep us from producing and sharing good stories that help people.” 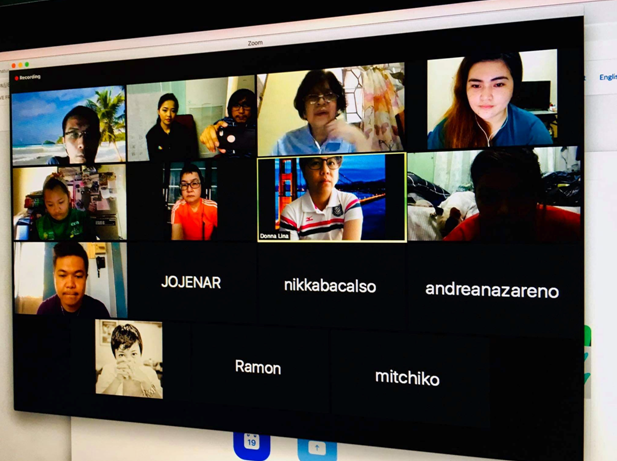 Though Panahon TV’s current setup seems to be working, it is still far from ideal. Gamayo elaborates, “Those who are working from home have their share of disruptions, such as power outages and poor internet connection, which delay our workflow. And since we’re doing TV production, we rely on online platforms to send and receive large video files, which consumes too much of our time.”

Emotional and mental health are also at risk, which may lower productivity. “We understand that people cannot be enthusiastic and productive all the time,” Gamayo adds. “Thus, we really have to be very careful of how we communicate with our colleagues.”

For Lina, the whole thing is a learning process. “I’m learning more about resource and energy management.  I’ve also learned about the capacity of everyone to help each other. I’ve learned to think faster to find solutions.  I’ve learned to select only the essential activities for the time being.”

Even now that Metro Manila has transitioned into Modified ECQ, Lina remains vigilant, maintaining stringent safety precautions in the workplace. “We will have to take extra measures and evolve to the new normal.  Only until there’s a vaccine and there are zero cases can we really relax.”

With Time to Kill, They Learned New Skills

Living to Tell the Tale